The Governor of Ondo State, Governor Oluwarotimi Akeredolu has appointed a 26-year-old woman as his aide. 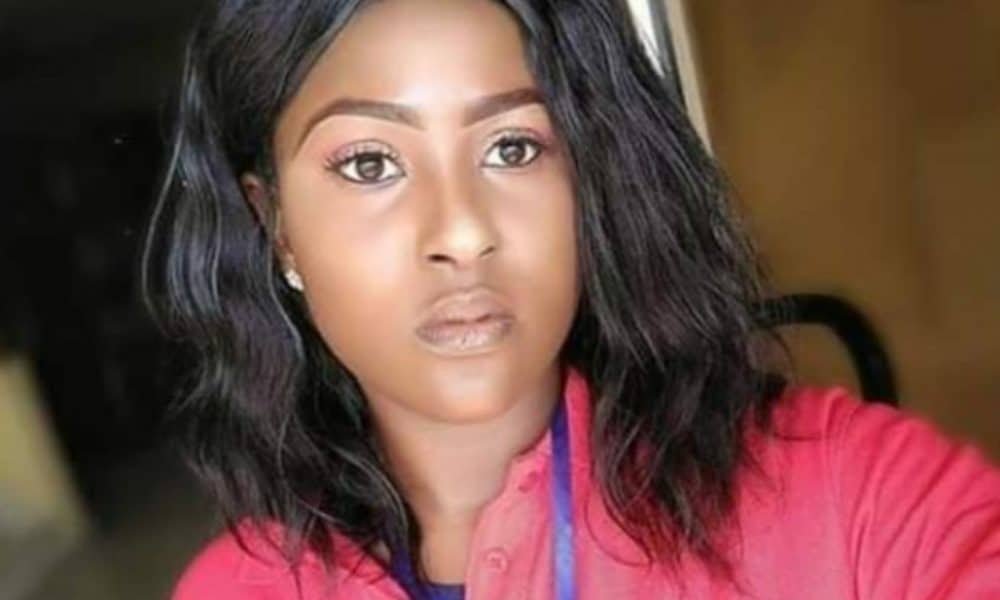 Miss Ngozi Ugochi-Igbo
There was mixed feelings by residents of Ondo State on Sunday over the appointment of a 26-year-old non-indigene as Special Assistant on Gender, Research and Documentation to Governor Oluwarotimi Akeredolu.
Daily Post reports that some of the residents who expressed shock and disappointment over the development, the appointment of Miss Ngozi Ugochi-Igbo was a slap on hard working indigenes of the state, as well as loyalists of the ruling All Progressives Congress in the State.
The appointment of Miss Ugochi-Igbo, an indigene of Imo State had earlier been announced by Segun Ajiboye, the Chief Press Secretary to the governor.
It was gathered that Miss Ugochi-Igbo, who recently completed her one year mandatory National Youth Service Corps, NYSC, got the appointment due to her close ties with the governor’s wife, Betty Anyanwu-Akeredolu, who also hails from Imo State.
Speaking on her appointment, a resident of the State, Wole Babalola described the move as a deliberate slap on the faces of APC members who he said were yet to be compensated for their unquantifiable role towards ensuring that Akeredolu was elected as governor.
According to Babalola, he said that the appointment had further dampened the morale of other party members, particularly youths across the various wards.
“I’ve never seen a thing like this. It seems the governor is now telling us to our faces that we don’t amount to nothing despite our commitments and loyalty to him.
“I have never heard about name of this new appointee. She contributed nothing to the campaign. Now she is reaping from our sweat just because she is close to Betty. They are even saying that she is just her make-up artist. Can you just imagine,” he said.
Another resident, who simply gave his name as Kolade, “those that are defending her appointment really need to be checked, something must be definitely wrong with them.
“The appointment is just a kind of ‘you sit here and be chopping money codedly’. I don’t really have issues with her though. The people I have issues with are those old men and youths, most especially those whose only daily job is to insult people who don’t see things their way, in the name of defending Aketi’s government.
“Most of them have been doing this for more than two years now and not even a single appointment has been given to them. They are always here receiving insults here and there while defending the indefensible
“They need better orientation and prayers because it seems their own destiny doesn’t deserve good things aside defending rubbish and being insulted for it.”
Also, Stephen Tubosun said that “Imagine Arigidi /Iye ward one of Akoko North West Area of Ondo State where Akeredolu scored the highest number of votes in 2012 and 2016 governorship election has no single appointment from state level nor single project but he is busy sharing appointment to non indigenes.”
However, some residents of the state stressed that there was nothing wrong as regards the appointment.
According to them, competence should be the over-riding factor when it comes to appointment which they said that the governor must have seen.
According to Mary, she maintained that the wife of the governor should be seen as an Ondo State woman since she got married from the state hence her people are entitled to every other benefit that accrue to indigenes of the state.
“So, as an Ondo lady now, if my husband emerged as the governor of other state, my brother shouldn’t benefit from me?
“If Mrs. Akeredolu should hail from Okitipupa, would they still condemn the action of the governor for appointing her relatives?
“Wives don’t fall from heaven, they get families too and when you marry a woman, both families become one except you are a stingy man.”
On his part, Lulu Fawahinmi said, “it’s unfutunate that some people have stayed so long in a society within the west. In 2013, I was a young man working in Enugu as an errand boy. The Governor then, appointed me as an SA. Heaven didn’t come down. Stop being tribute. One Nigeria”
Top Stories