Top commanders of Boko Haram have been killed by soldiers in a fierce battle. 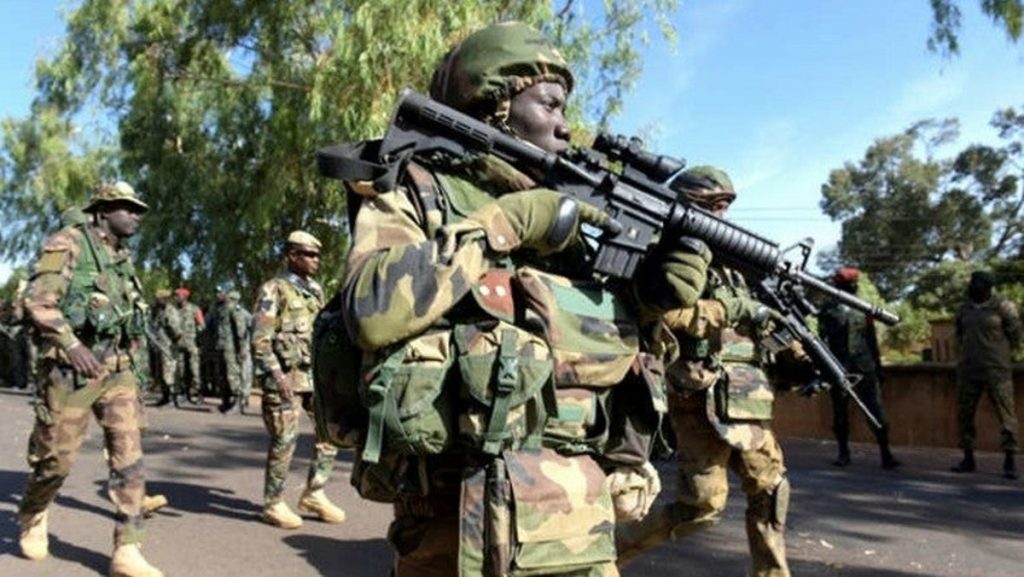 Nigerian soldiers
Top commanders of terrorist group, Boko Haram have been killed in a fierce battle with the Nigerian Army.
This was contained in a statement posted on the Army Facebook page, Tuesday night.
It recalled that Boko Haram had launched a failed attack on troops’ locations at Banki Junction and Response Area Firgi, of the 7 Division Strike Group.
The unsuccessful attack led to troops’ consequent onslaught that killed the terror leaders.
The high-ranking insurgents were loyal to the Abubakar Shekau’s faction of Boko Haram.
Army listed some of the deceased commanders as Manzar Halid, Amir Abu Fatima, Nicap among others.
The statement said seventy two members were also eliminated during the offensive.
“Many others were injured, including some high profile commanders and fighters like Abu Jamratu AL-Naweer, Kaka Bana and Tareta Babakari,” it said.
A large number of equipment, including gun trucks, motorcycles and bicycles were destroyed by troops in collaboration with the Air Task Force.
Top Stories