The actor said he has witnessed multiple cases of sexual assault on set and some of them were so bad. 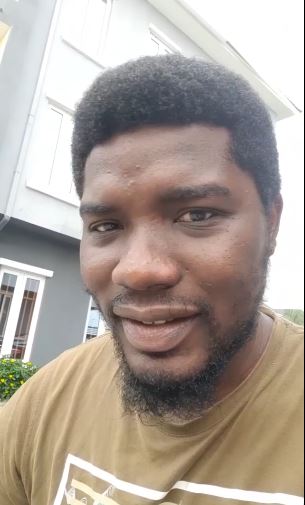 Nigerian actor, Seun Ajayi has detailed some of his experiences on set as he cationed men in Nollywood to desist from harassing women.

He said he has witnessed multiple cases of sexual assault on set and some of them were so bad.

He mentioned a particular incident where a man kept groping a woman on set and refused to stop even after he was cautioned. He only stopped after he got a letter from the lady's lawyer.

In a video captioned "Sexual harassment in Nollywood! My brothers let's do better" the actor said: "This video is directed to my brothers in the Nollywood industry.

"I see this a lot and whenever I get the chance, I speak about it.

"You see, it's very important for us to let women feel safe in their work environment, but the truth is, if we really really check out, we dey mess up. In fact, forgive my French, we dey f**k up.

"I went to sleep agitated and I woke up with my heart beating very fast because I could not wait to address this.

"There was one time I was on set and it was so bad and this guy was constantly commenting on this girl's bum and groping her and everyone told him to stop. I told him to stop several times and he didn't until he was officially written by the girl's lawyer.

"Now, what tends to happen is that this goes on, but men stay silent. The men that know better, they stay silent.

He also called on producers and directors to intervene if they notice a crew member harassing a woman on set. He added that it's "rampant" and needs to stop.

"We need to stop this and if you see it around you, nip it in the bud. Talk to your guy," he concluded.

My brothers, let's do better!