A trader in Lagos Island market bite the face of a lady who ignored his numerous attempt to get her attention. 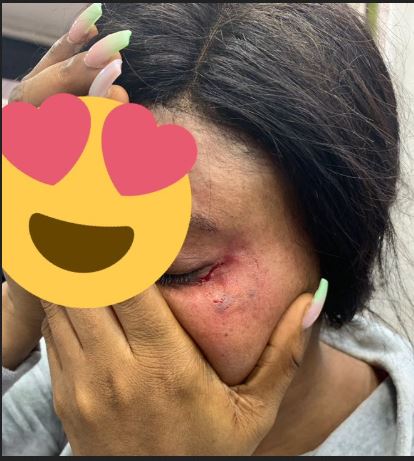 A lady was left with an injured face on Wednesday morning, after a male trader at a market in Lagos Island allegedly bit her face after she ignored his attempts to get her attention.

''I am livid!!! This just happened in front of me in lagos island. As usual they pull you and when you don’t reciprocate they’ll either curse you out, make you uncomfortable or do this. This guy went as far as biting her face. Can you see how they disrespect women everyday???'' 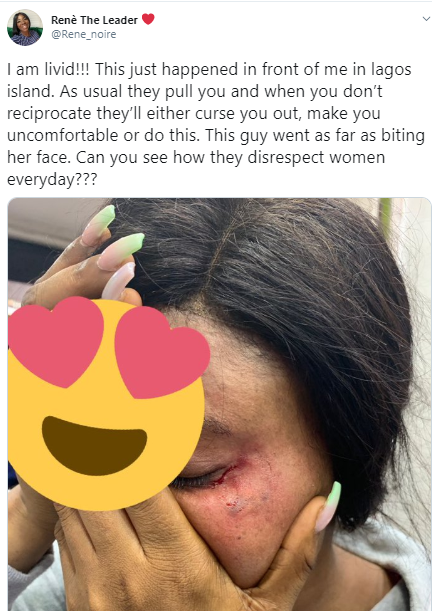