A woman has been forced to live with her intestines hanging outside her belly after surviving a horrific shooting. 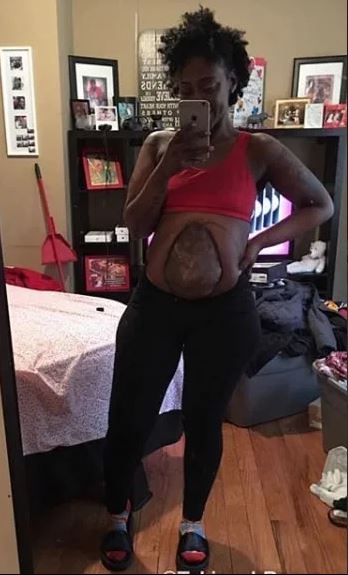 A mum-of-two has been forced to live with her intestines protruding from her stomach after surviving a horrific gun attack.

Takieyah Reaves, 32, from Newark, New Jersey, was one of three people injured in a random shooting at a nightclub in the city in July 2017.

Takieyah, a criminal justice student, was hit once in her right leg and once in the stomach, with the bullet damaging her stomach wall beyond repair.

She lost 4.5 litres of blood and her heart stopped while she was undergoing emergency surgery, but doctors were able to stabilise her and remove the bullets. 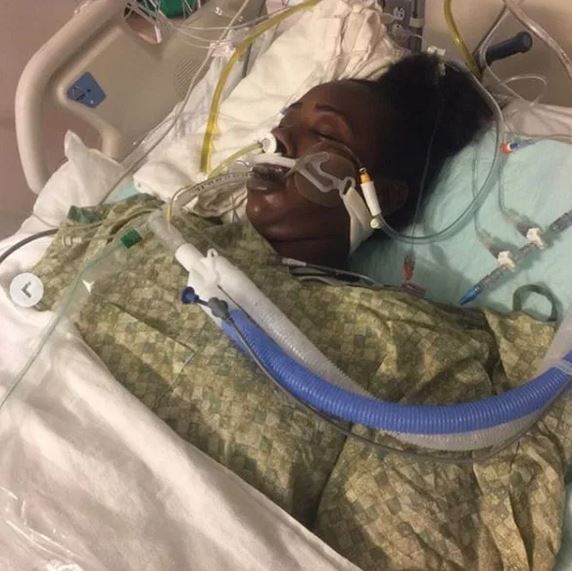 Takieyah lost 4.5 litres of blood and had to have life-saving surgery following the attack

They were then able to remake Takieyah's stomach wall using skin from her thighs, but the size of the wound has meant they are unable to close it until it heals.

"It will get patched up properly, but it has been left open and exposed ever since it happened," she told the Metro.

"I am constantly asked if I am pregnant when I go out.

"People ask me if it’s a boy or a girl and I then have to explain everything."

Pictures posted to Takieyah's Instagram show a large opening down the front of her abdomen and repaired skin bulging from the damaged part of her stomach.

She said the experience has moved her from having no issue with the legality of guns in the US to being "completely" opposed to it.

She now helps to run the New Jersey chapter of campaign group Bullets 4 Life, and says that after graduating she wants to work in schools educating children about the danger and impact of gun violence. 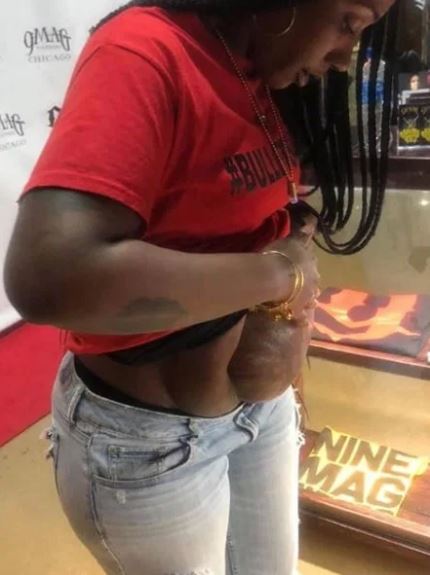 "I want to use what happened to me to make a difference," she said.

Takieyah has now had a total of seven surgeries to repair her stomach lining, and is scheduled to finally have her wound closed later this month.

She said she has learned to embrace her body, but that for a long time the injury took a huge toll on her life.

"I just wanted to curl up in a ball and hide and I was scared to go outside because of guns on the street," she said.

"I am so grateful I am still able to raise my kids.

"I was depressed for a while but I decided that I couldn’t go on like that for their sake.

"I do want my body back but I see [the injuries] as my war scars."