Mbah Gambreng who had adopted Ardi Waras last year tied the knot with him in South Sumatra, Indonesia. 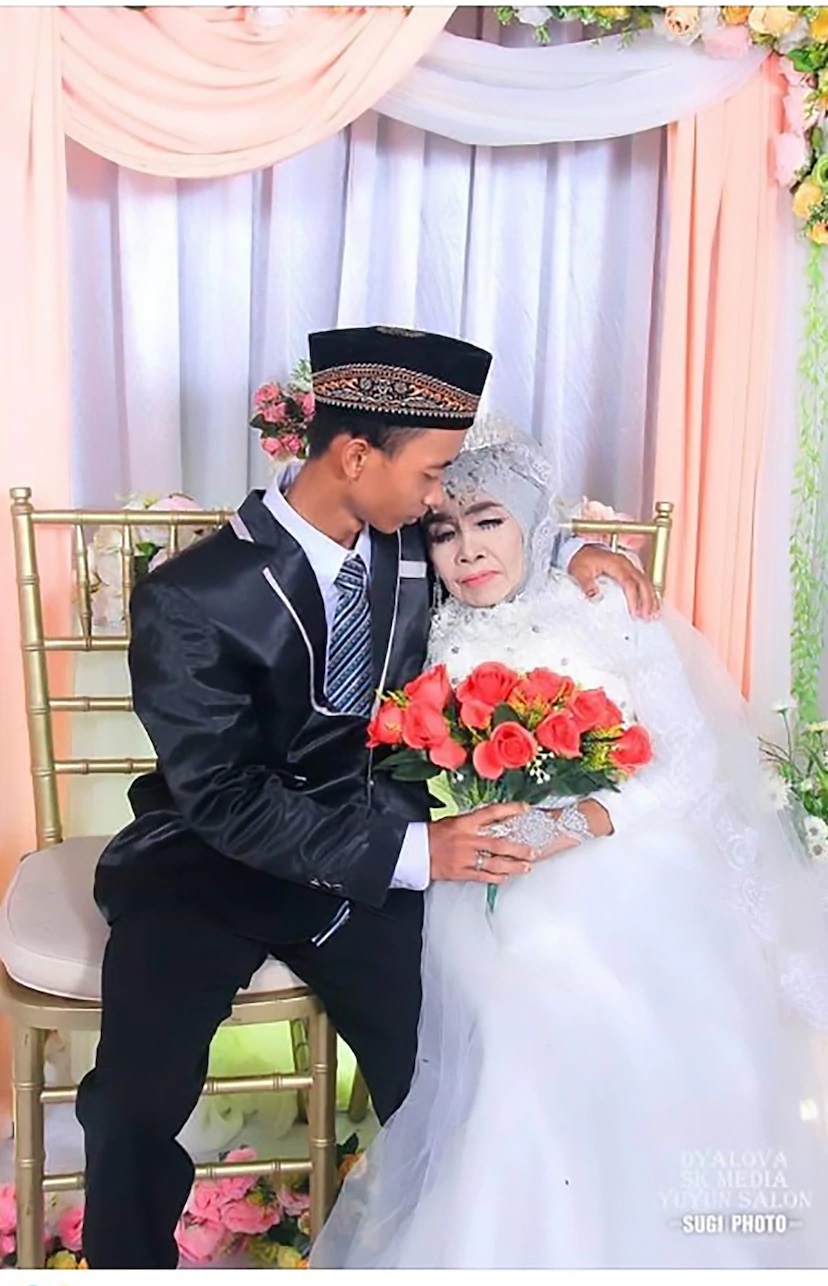 A 65-year-old grandmother in Indonesia has married a 24-year-old she had adopted after he proposed.

According to local reports, Mbah Gambreng who had adopted Ardi Waras last year tied the knot with him in South Sumatra, Indonesia.

The couple had reportedly been living together since then and the grandmother told local media she did not have any intentions to marry him when she adopted him.

Gambreng says that she simply told him he “should get married soon” as her three adopted daughters were already married.

“To my surprise, he said he wanted to marry me,” she said.

Waras even paid her a dowry of 100,000 IDR (₦2,742) which she accepted. Photos of the wedding show the happy couple smiling, holding hands and hugging.

In Islamic weddings in Indonesia, the groom or groom’s father pays money or possessions to the bride at the time of their wedding as dowry.