We Are Continuing With The Probe Against Former Emir Of Kano, Sanusi - Ganduje


There seem to be more troubles ahead for the former emir of Kano, Muhammadu Sanusi II as Governor Ganduje, said Kano State Anti-Corruption Commission would continue with the probe of the deposed emir. 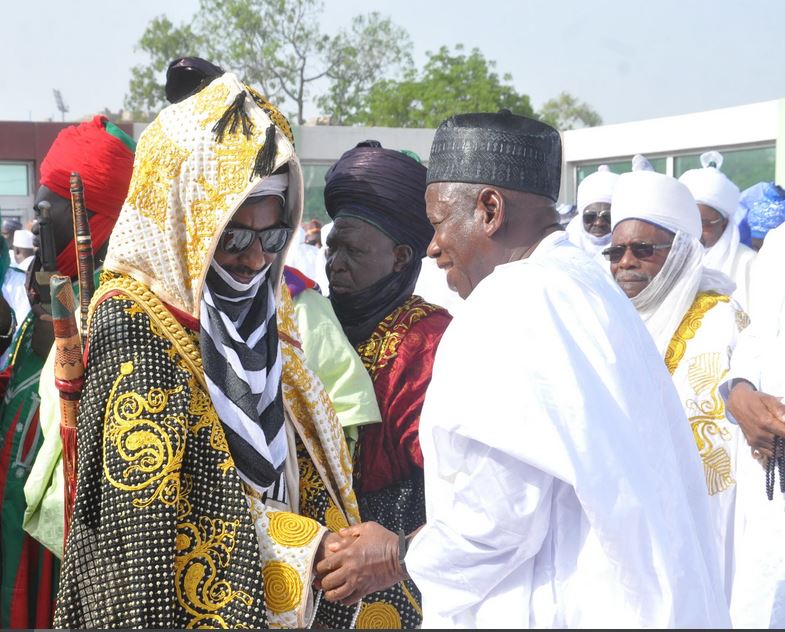 Kano State Governor, Abdullahi Umar Ganduje has said that the Kano State Public Complaints and Anti-Corruption Commission (PCACC) will continue with the probe of the deposed emir of Kano, Muhammadu Sanusi II.

Ganduje made this known on Monday, June 15, during an interactive session with newsmen in Kano.

The commission is investigating Mr Sanusi over an alleged N2.2 billion land racketeering in Gandun Sarki area of Kano.

Other Kano Emirate Council members being investigated over the matter are Sarki Ibrahim, the Makaman of Kano, and Shehu Dankadai, the Sarkin Shanun Kano.

Ganduje said at Monday's media interactive session held at Africa House, Government House, Kano,  “When we wanted to bring on board reform to our traditional institution, the former emir did not cooperate with the process of reform. The process was truncated, so the only option for him was to find his way out. And that was what happened.

"When the process started, there were some legal issues that slowed the process. That time there was a so-called Kano Elders Forum that tried to also frustrate the reform process. Their case was squashed by another court of competent jurisdiction.

“The reform’s sole aim is to trickle down development to other parts of the state, particularly the communities that house the new emirates that were created. Our state anti-corruption agency will continue probing the former Emir over the issues he has with the agency.  When he (Sanusi) took the agency to court to stop probing him, the agency stopped. But now, the case has been quashed. So, the agency will continue probing him according to the set down law.”

Recall that a  Federal High Court sitting in Kano last week dismissed a suit filed by the Sanusi seeking to restrain the Kano State anti-corruption commission from continued an investigation over an alleged N2.2bilion land scam at Gandu Sarki in the metropolis.