Tension As Ethiopian Maids Are Dumped Outside Beirut Embassy


Some Ethiopian maids have been dumped outside the Beirut embassy, amid an ongoing economic crisis in Lebanon, heightened by the coronavirus pandemic. 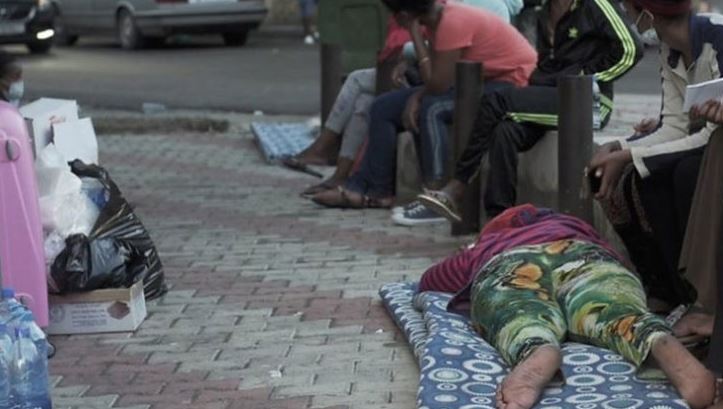 Tension As Maids Are Dumped Outside Beirut Embassy

Some Ethiopian maids have been dumped outside the country's embassy in Beirut by their employers who can no longer afford to pay their salaries, following the collapse of the Lebanese economy.

The maids were left to sleep on the pavement of the country's embassy following the ongoing economic crisis in Lebanon heightened by the Coronavirus pandemic, which also led to Lebanese's currency losing 70% of its value in the past six months.

The first group of 34 women who were dumped by employers outside the embassy were taken into a shelter last week.

Huson Sayyah, the head of foreign workers at the Beirut charity Caritas said;

"All 34 Ethiopian domestic workers who are stuck in front of their embassy will be taken later Thursday to the Caritas shelter."

A footage obtained by BBC correspondent Martin Patience, also captured moment three Ethiopian maids were abandoned at the embassy in one hour.

Farah Salka, Director of Lebanon's Anti-Racism Movement told the BBC that the workers exist outside the labor laws and had zero employment rights or protection.