The remains of 19-year-old Aishat, who was swept away by flood on Monday, have been recovered from the Onilegogoro canal. 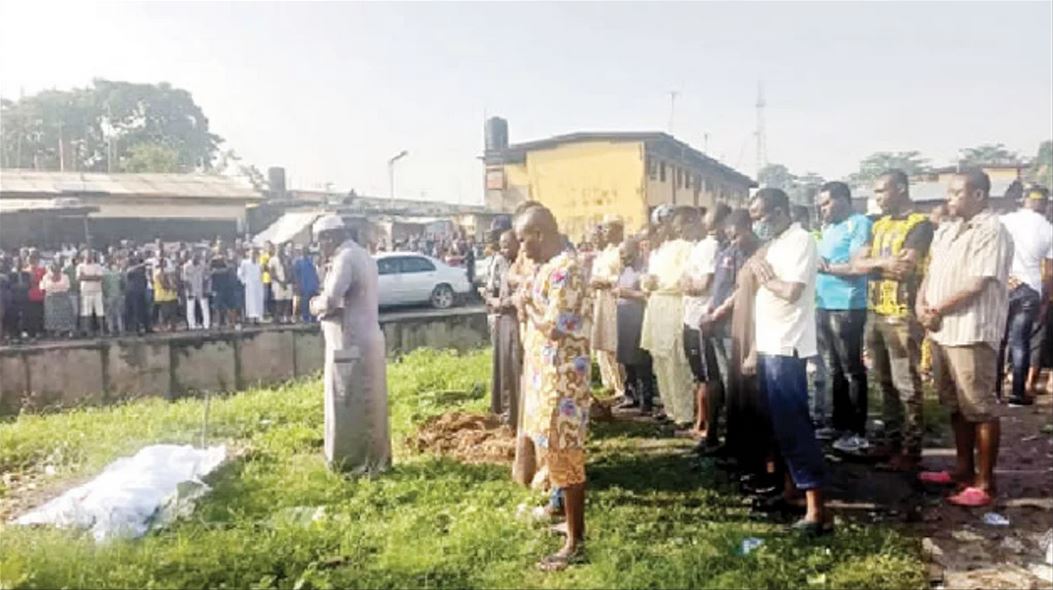 Burial prayer for the teenager

The Director-General, Lagos State Emergency Management Agency, Olufemi Oke-Osanyintolu, has said the remains of 19-year-old Aishat, who was swept away by flood on Monday, have been recovered from the Onilegogoro canal in the Surulere area of the state, a report by PUNCH Metro has shown.

It had been reported that flood swept away the teenager after she fell into the canal beside the Surulere Plaza while trying to navigate her way to a destination in the area following a heavy downpour.

Efforts by some residents and passersby, who rushed to the scene of the incident, to rescue the victim had proved abortive.

Oke-Osanyintolu stated that an operation had commenced to rescue Aishat.

In a follow-up reaction on Tuesday, the LASEMA boss said the victim’s remains were recovered in Onilegogoro, Surulere, around 8.30am, adding that she was buried around the canal, where sher corpse was recovered.

Oke-Osanyintolu stated, “Around 12.30pm on Monday, a 19-year-old girl, Aishat, was swept away by flood, which submerged the canal on Alapafuja Close linking Bank Olemoh in Surulere as a result of persistent rainfall.

“However, the LASEMA Response Team and community members searched for her in the adjoining canals but to no avail.

“Her corpse was later found in the Onilegogoro canal in Surulere around 8.30am on Tuesday, and she was buried by community members beside the canal.”