The 40-year-old man, who was admitted at ICU in the Maharao Bhim Singh (MBS) hospital in Kota in northern India, was suspected to be suffering from coronavirus. 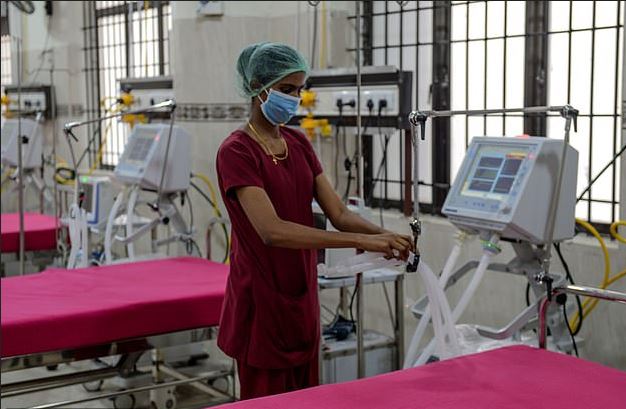 A man on life-support in a hospital in India has died after his relatives unplugged his ventilator in order to use an air cooler.

The 40-year-old man, who was admitted at ICU in the Maharao Bhim Singh (MBS) hospital in Kota in northern India on June 13, was suspected to be suffering from coronavirus after reporting breathing difficulties.

Two days later, he was transferred to an isolation ward as a safety measure after another patient in the ICU tested positive for the disease, according to Indian Express.

The daytime temperature was reportedly 41 degrees Celsius, or around 106 Fahrenheit that day. The patient’s family members brought their own air cooler without informing hospital staff, who had deactivated the isolation ward’s air conditioners to prevent the spread of coronavirus.

On finding no socket for the air cooler, they allegedly unplugged the ventilator.

Dr Navin Saxena, medical superintendent at the MBS Hospital told Vice News that the ventilator’s battery reportedly ran out of power almost 30 minutes after being unplugged but the man’s relatives didn’t inform the hospital staff that they had unplugged the ventilator.

The patient’s condition immediately deteriorated after the power ran out. His family informed doctors and medical staff, who administered CPR upon the patient, but he died.

Following his death, his coronavirus test report came out negative. Hospital authorities said a three-member committee will probe the incident.

“We have set up a committee with the deputy superintendent of the hospital, nursing superintendent, isolation ward staff and Chief Medical Officer to file a report that details what happened,” says Dr Saxena, adding that the cause of death would also be confirmed in the report.