Fortunately for him, able medical doctors were able to save his life via emergency surgery. 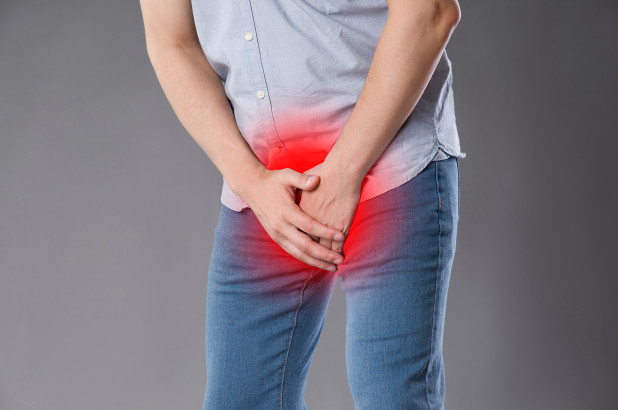 In an incident that redefines “sleeping it off,” a Chinese man’s bladder burst when he unknowingly held his pee in for 18 hours after binging on booze.

The 40-year-old man, identified only as Mr. Hu, reportedly fell asleep — ahem, passed out? — after downing 10 bottles of beer during a heavy drinking session the night prior — without heeding nature’s call once, reports Zhuji Daily.

After experiencing searing abdominal pains, the lager-logged soul reported to the to Zhuji People’s Hospital in Zhejiang, eastern China, where a CT scan revealed that his bladder was torn in three places. The pee-induced pain was so intense that Hu was unable to lie flat, and he failed to relieve himself of his massive urine reservoir despite several attempts.

Even worse, one of the holes had ruptured toward the patient’s abdominal cavity and forced part of his intestines to spill into the bladder — a complication doctors deemed potentially fatal if not fixed immediately.

Fortunately, they were able to save Hu’s life via emergency surgery, and he has since been released from the hospital after making a complete recovery, according to local media outlets.

While such bladder explosions are rare, the local hospital claims that every year they admit at least one such patient. And binging on beer is apparently the perfect recipe for a perforated pee pouch.

“When you drink alcohol, it causes the body to produce more urine than usual, so that can potentially contribute to the bladder being full,” Dr. Bradley Gill, a board-certified urologist at the Cleveland Clinic in Ohio, tells Live Science.

Gill adds that when “accompanied by an inebriated individual being less aware of this fullness,” this can result in “traumatic bladder rupture.”