According to an eyewitness, the pole fell on the deceased while officials of the Benin Electricity Distribution Company were trying to move some electric poles. 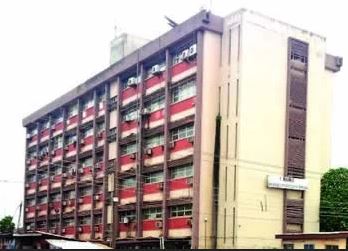 A yet-to-be identified middle-aged man has been killed when an electric pole fell on him in Ikare Akoko, headquarters of the Akoko North East Local Government Area of Ondo State, PUNCH Metro reports.

According to an eyewitness, the pole fell on the deceased while officials of the Benin Electricity Distribution Company were trying to move some electric poles following the ongoing road dualisation in the town.

The eyewitness also stated that one of the BEDC officials sustained an injury during the incident.

He said, “The pole fell due to its weakness when officials of the BEDC were removing some electric poles on the road due to the ongoing dualisation of the Ikare township roads by the Ondo State Government. As they were doing the work, suddenly, the weak pole fell on the deceased, who was passing by.

“He fell down as the pole landed on him; the people around the scene rushed at him to save his life, but all efforts to resuscitate him were not successful as he passed away shortly after.”

He added that the injured BEDC official was rushed to the Ondo State Specialists Hospital, Ikare, for treatment.

Confirming the incident, the police Area Commander for Ikare, ACP Razak Rauf, described it as unfortunate.

“The police have taken appropriate steps on the case and investigation has commenced on it,” he stated.