I Pray To Have A Son Like You – Lady Praises Hushpuppi 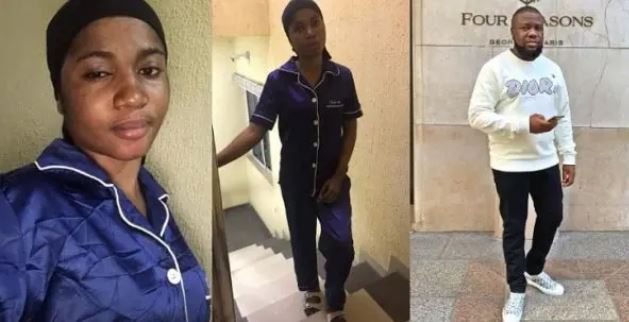 A Nigerian lady identified as Ada Jesus has taken to Facebook to shower encomium on embattled suspected fraudster, Ray Hushpuppi.

In her post, the lady wrote on how the Instagram celebrity is endowed with so much wisdom to have pulled out such massive frauds and she would desire that her child posses same level of wisdom.

She then went further to reveal that she hopes to marry a man like him in her next life.

Hushpuppi appeared in a federal court in Chicago on Friday. He is accused of conspiring to launder hundreds of millions of dollars through cybercrime schemes.

According to a federal affidavit, one of the alleged victims was the client of a New York-based law firm that lost nearly a million dollars in 2019.

Abbas was arrested last month by law enforcement officials in the United Arab Emirates and transferred to the US this week by the FBI.

Prosecutors allege Abbas is one of the leaders of a global network that uses computer intrusions, business email compromise (BEC) schemes and money laundering capers to steal hundreds of millions of dollars.

He has reportedly hired Mark Geragos, a former lawyer to the late Micheal Jackson.

The popular attorney who has been involved in high profile cases of this nature, has in the past represented celebrities like Winona Ryder, Chris Brown, Colin Kaepernick and Scott Peterson.