For years, EFCC's approach in fighting corruption, has been described by experts as 'selective'.

Since the establishment of the Economic and Financial Crimes Commission in 2003 to investigate financial crimes in Nigeria, the agency has been entrenched in controversy, partly for its approach in fighting corruption, which experts have described as “selective” and for the character of persons that steer its affairs. 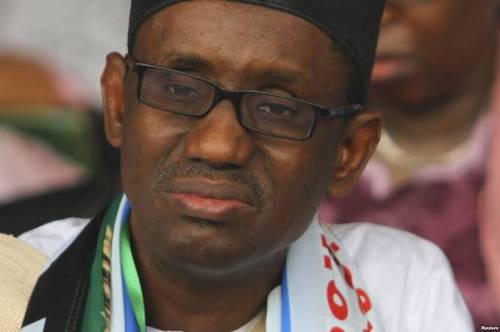 Nuhu Ribadu was the pioneer Chairperson of the EFCC starting his tenure in 2003 at the instance of former President Olusegun Obasanjo.

He became the poster boy for Nigeria’s attempt to redeem its image in the eye of the international community a few years after the return to democratic rule.

During his time as EFCC Chairman, Ribadu, who was a career law enforcement officer with the Nigeria Police Force, failed to appeal a 2007 court ruling that sought to stop the EFCC from investigating alleged crimes by former Rivers State governor, Peter Odili. The ruling derailed what has been described by the Human Rights Watch as the most important case in the history of the commission with the capacity to secure more convictions for the EFCC in the future.

The court also restrained the anti-graft agency from probing the finances of the Rivers State Government, which has continued to be in effect to date.

In 2016, Ribadu while presenting the lead paper at the 2016 Annual Lecture organised by the Law Chambers of Joe Kyari Gadzama in Abuja said some prominent lawyers in the country deliberately prevented him from waging a war against corrupt former governors and politicians because of the interests. He named them as, “Many of them, like Prof. Ben Nwabueze, SAN, teamed up with politicians to wage very serious propaganda to discredit the work we were doing…Take the case of Mr Michael Aondoakaa, whose most cardinal agenda as the AGF seemed to be destroying EFCC by every means possible and frustrating all the cases.”

Ribadu fell out of favour with the powers that be in December 2007 and was forced out of office two weeks after he tried to prosecute powerful former Delta State governor, James Ibori, a close associate of Obasanjo’s successor in office, Umaru Yar’Adua.

In a widely publicised ousting, he was forced out of a graduation ceremony by security operatives at the National Institute for Policy and Strategic Studies, Kuru, Plateau State. He was demoted by the police and then retired. 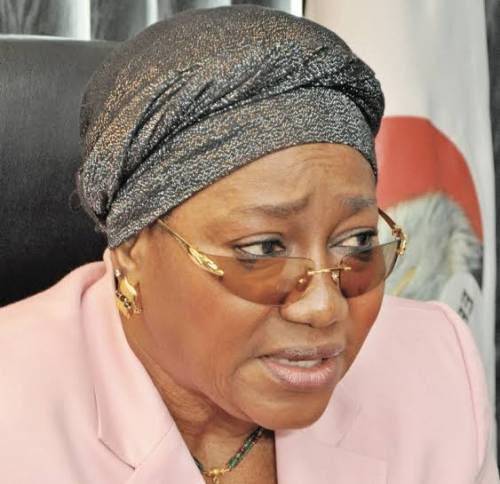 Farida Waziri’s appointment in May 2008 shortly after Nuhu Ribadu was booted out was clouded by allegations that she was sponsored by ex-governors such as James Ibori and George Akume, former governor of Benue State, to cover up their money laundering and fraud charges before the commission.

Waziri failed to secure convictions for high profile cases involving former governors already instituted by her predecessor. Her appointment, SaharaReporters gathered, at the time was at the instance of Bukola Saraki, former Kwara State governor, Ibori and Akume; all of who had corruption cases with the EFCC at the time and continue to do so in 2020.

She allegedly issued letters of official clearance to Ibori, who has since been convicted of fraud and money laundering in the United Kingdom despite Nigeria’s failure to do so. Waziri also reportedly issued clearance to Victor Attah, former governor of Akwa-Ibom State, who is wanted in the UK.

Waziri further issued clearance to Victor Uwajeh, an Abuja based businessman, to act as a consultant for the EFCC to help investigate cases of politically exposed persons. Uwajeh used the authorisation to blackmail several politicians and businessmen, causing public outrage and forcing the EFCC to prosecute him.

Her tumultuous reign as Tzar of Nigeria’s anti-graft agency caused international donors and partners to hesitate in dealing with the country. In one incident, former American Ambassador to Nigeria, Robin Sanders, walked out of a meeting with the then Foreign Affairs Minister, Ojo Madueke,  because of Waziri’s presence.

Waziri was sacked by former President Goodluck Jonathan on November 23, 2011. He cited “national interest” as the reason for her dismissal.

Sources say her removal is not unconnected to her alleged attempts to dismiss cases of corrupt individuals, thereby bringing Nigeria to disrepute in the international community. 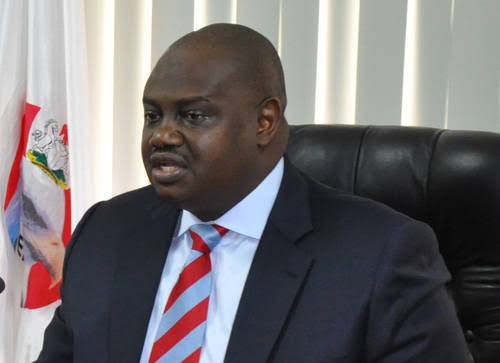 Ibrahim Lamorde replaced Waziri on November 23, 2011, as acting chairperson of the EFCC.

He became embroiled in controversy in 2015 after the Nigerian Senate alleged that $5bn (£3.2bn) had gone missing at the EFCC.

A Senate committee led by Senator Peter Nwaboshi at the time alleged Lamorde diverted assets and cash recovered by the Economic and Financial Crimes Commission. The investigative panel was set up at the instance of George Uboh, a prominent whistleblower.

He was sacked by President Muhammadu Buhari on November 9, 2015, and replaced with Ibrahim Magu.

Shortly after his sack, the Nigerian Senate in February 2016 authorized its Committee on Ethics, Privileges and Public Petitions, headed by Senator Sam Anyanwu, to issue a warrant of arrest on Lamorde for allegedly misappropriating N1trn during his time as head of the anti-corruption agency.

Despite the allegations against him, he was never arrested by the President Muhammadu Buhari administration. 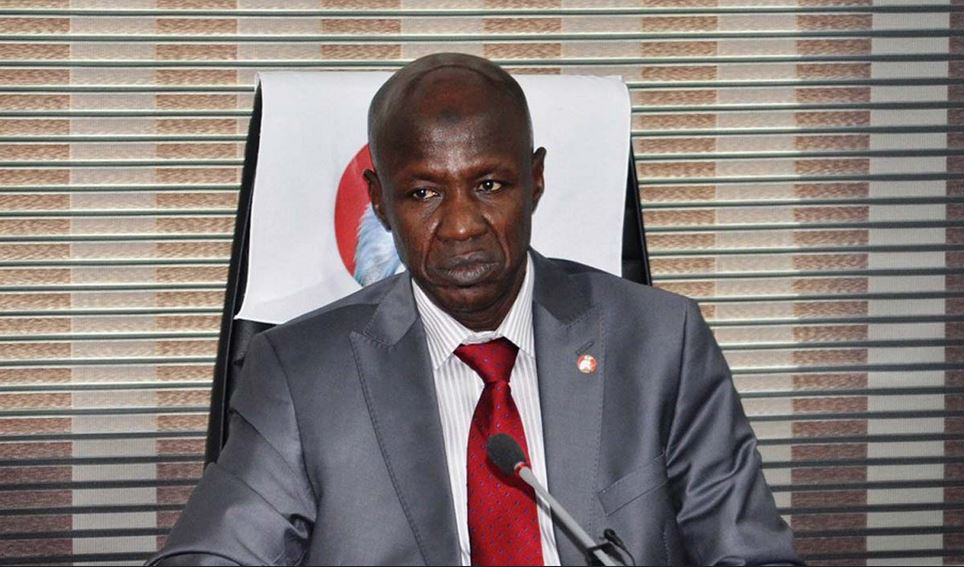 Ibrahim Magu, the recently suspended chairperson of the EFCC was first appointed as acting chairman of the commission in November 2015 by President Muhammadu Buhari.

The Nigerian Senate refused to confirm Magu as chairman of the agency due to “security reports” by law enforcement agencies in the country. He is also known to have a public spat with Abubakar Malami, Nigeria’s Attorney-General.

The DSS in a 2016 report revealed that Magu was living in a N40m mansion.

“In December 2010, the Police Service Commission (PSC) found Magu guilty of action prejudicial to state security – withholding of EFCC files, sabotage, unauthorized removal of EFCC files and acts unbecoming of a police officer and awarded him severe reprimand as punishment.

“Magu is currently occupying a residence rented for N40m at N20m per annum. This accommodation was not paid [for] from the commission’s finances, but by one Umar Mohammed, air commodore retired, a questionable businessman who has subsequently been arrested by the secret service.

“For the furnishing of the residence, Magu enlisted the Federal Capital Development Authority to award a contract to Africa Energy, a company owned by the same Mohammed, to furnish the residence at the cost of N43m.

“Investigations show that the acting EFCC chairman regularly embarked on official and private trips through a private jet owned by Mohammed.

“In one of such trips, Magu flew to Maiduguri alongside Mohammed with a bank MD who was being investigated by the EFCC over complicity in funds allegedly stolen by the immediate past petroleum minister, Diezani Alison-Madueke.

“Furthermore, the EFCC boss has so far maintained a high-profile lifestyle. This is exemplified by his preference for first-class air travels. On 24 June 2016, he flew Emirate airlines first-class to Saudi Arabia to perform lesser hajj at the cost of N2.9m. This is in spite of Mr President’s directive to all public servants to fly economy class.

“Magu has fostered a beneficial relationship with Mohammed who by his confession approaches clients for possible exploitation, favours, and associated returns,” the DSS report said.

On July 6, 2020, Magu was arrested by operatives of the Department of State Services and the Nigeria Police Force and driven to the Presidential Villa where he was made to answer questions on alleged corruption against him.

He was detained overnight and on July 7 was suspended from his position as chairman of the agency pending the completion of the investigation.