Some illegal private guard companies in Akwa Ibom state have been sealed as they have been discovered to be operating without a license. 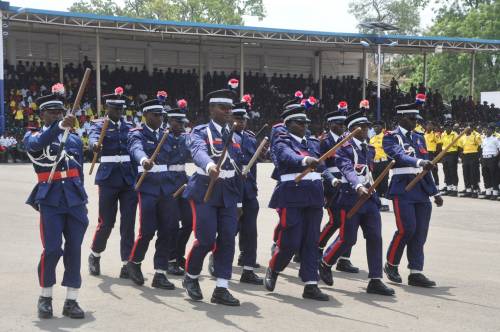 The Nigeria Security and Civil Defence Corps, Akwa Ibom Command, has closed 16 illegal private security firms and arrested 30 of their personnel in the last one month in the state.

The State Commandant of the NSCDC, Mr Samuel Fadeyi, disclosed this in an interview with journalists in Uyo on Wednesday, night.

He said operatives of the command clamped down on some private guard companies and discovered that some of them had yet to register with the agency as stipulated by the law.

“In the last month, we have been tough on unlicensed private guard companies in Akwa Ibom.

“We swooped on different corporate organisations being guarded by unlicensed guards, making several arrests and sealing the companies.

“We arrested 30 guards from different beats working for 16 different illegal private guard companies and the companies were sealed.

“The regulation, training, and licensing of private guard companies is a core mandate of the corps under the Nigeria Security and Civil Defence Corps Act, 2003 (as amended).

“We are the statutory agency superintending over the compliance with the Private Guard Act, 2004.

“These companies form a tier of the security architecture of the nation and the sector cannot be left in the hands of quacks, more so considering the security situation in the country.

“These arrests are just the beginning and nobody, regardless of status, is above the law,” Fadeyi said.

The commandant reiterated that the command was open to enquiries on registration and information regarding licensing of companies in the state.

Fadeyi highlighted the dangers in employing quacks, including the negative image of corporate entities whenever the agency swooped on them for arrests.

The state commandant urged individuals and organisations seeking services of private guards to patronise licensed ones.

“We will allow the registered private guard companies to work. Those people that are licensed should work very well so that they will know that the agency is protecting them,” he said.