Among those who “prophesied” in December 2019 was Emmanuel Omale, founder of the Divine Hand of God Prophetic Ministry, Abuja. 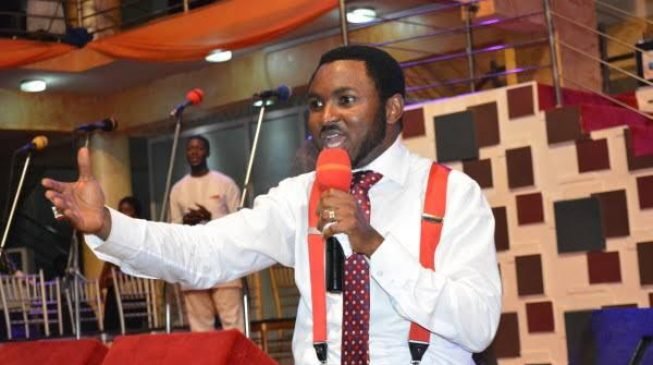 One of the ways in which some pastors end the year in this part of the world is by giving prophecies about the incoming year.

Many followers do not joke with the utterances of their religious leaders during that period.

Among those who “prophesied” in December 2019 was Emmanuel Omale, founder of the Divine Hand of God Prophetic Ministry, Abuja.

Omale had reeled out a list of things he said would happen in 2020 and one of the things he highlighted is President Muhammadu Buhari retaining Ibrahim Magu, suspended acting chairman of the Economic and Financial Crimes Commission (EFCC).

“President Buhari has seen the great success of his war on corruption under Ibrahim Magu and he will submit his name for re-appointment and confirmation in spite of massive gang up,” he had said on December 31, 2019.

Magu is currently being interrogated by a panel headed by Ayo Salami, former president of the appeal court.

He has been accused of not being transparent in managing assets recovered by the commission.

Magu was arrested on Monday by a combined team of officials of the Department of State Services (DSS) and force criminal investigation department (FCID) after failing to honour two invitations from the panel.

He has been detained since then and the police authorities on Thursday withdrew his security.

In the report of the Presidential Committee on Audit of Recovered Assets (PCARA), which probed assets recovered by the EFCC from May 2015 to May 2020, Omale was said to have been used by Magu to launder funds.

He was reportedly uncovered during an investigation on EFCC’s activities by the Nigeria Financial Intelligence Unit (NFIU).

According to the report, the cleric bought a landed property on behalf of Magu worth N573 million in Dubai, United Arab Emirates.

Below are some of the things Omale said in his end-of-the-year message: