The moment a native doctor was spotted taking his girlfriend on a shopping spree in Benin has been caught on tape. 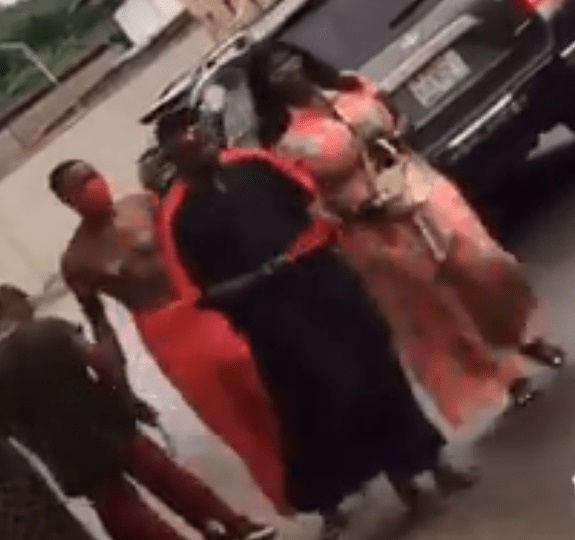 The native doctor took his girlfriend on a shopping spree
A native doctor in his full regalia has been spotted yesterday, July 12th, taking a woman , said to be his girlfriend on a shopping spree at Market Square supermarket, Benin City.
The two could be seen walking to the shopping plaza with the man on bare foot in his complete native doctor dress. The incident shocked many people in the area.
The video was shared by former Member House of Representatives in Edo state, Hon. Omosede Igbinedion on Instagram. 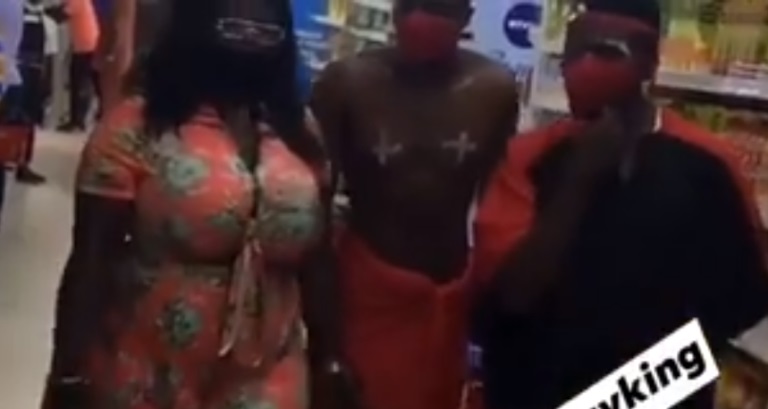 She wrote:
“Only in Benin will you see a Native Doctor taking his babe to the supermarket. This happened at Market Square today.”
Watch video below:

Only in Benin will you see a Native Doctor taking his babe to the supermarket. This happened at Market Square today.