The former General who appeared in a video complaining about poor equipment after an attack by Boko Haram terrorists which left dozens of soldiers dead is to appear before the Court. 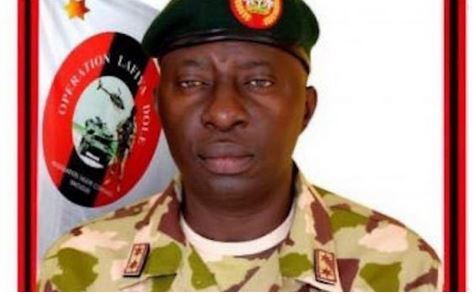 Olusegun Adeniyi, the former commander of Nigerian Army’s Operation Lafiya Dole (the counter-terrorism command in the northeast) who complained of inadequate ammunition in the fight against Boko Haram is to face “jurisdiction”.

Military sources told Premium Times that the former Commander who is among the 886 officers the army listed for new postings on Tuesday July 14, is being moved from the Nigerian Army Resource Centre to Army Headquarters, both in Abuja, to face "jurisdiction" which those familiar with the military say means a court-martial.

Recall that in a video which went viral in March, Major-General Olusegun Adeniyi decried the lack of adequate equipments to counter Boko Haram attacks. He added that this has resulted in loss of many soldiers.

Insiders said the army allowed the controversy and outrage that trailed the video to “die down” before intiating a court-martial against Mr Adeniyi. His appearance before the court-martial is expected to start July 20 this year.