Unbelievable! Meet Man Who Was Folded In Half For 28 Years Due To Chronic Arthritis (Photos)


The story has been told of a man who was folded in half for 28 years because of a chronic arthritis. 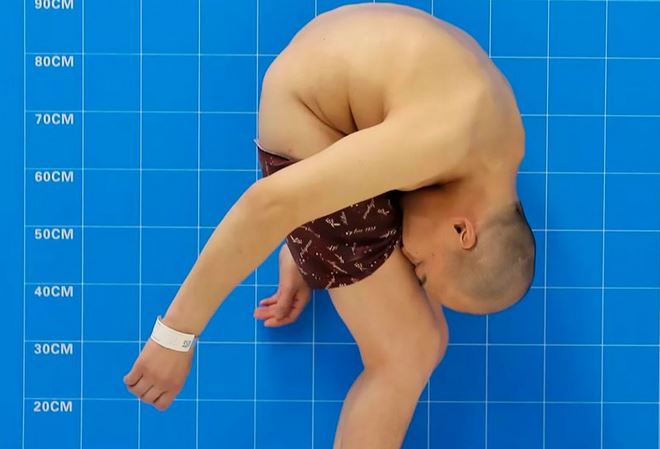 A man's arthritis became so bad he was left unable to stand up straight and became known as "folding man".

But thanks to the incredible work of doctors Li Hua, 46, has miraculously now been able to stand up straight for the first time in 28 years.

He left Shenzhen University General Hospital in China's southern province of Guangdong on June 13 following a full year of treatment and four life-changing surgeries, the city's health commission has reported.

The surgery means Mr Li can finally look after his ageing mother Tang Dongchen, 71, who had been his full time carer for almost 30 years. 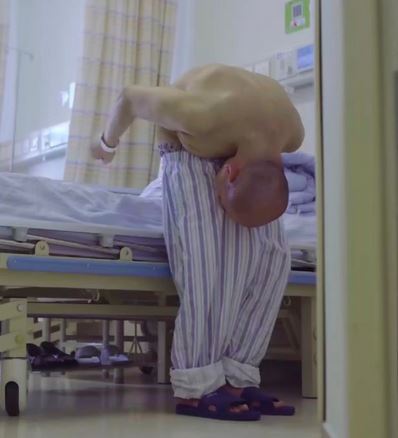 Li Hua had to undergo a full year of treatment and four life-changing surgeries (Image: AsiaWire)

Mr Li, from Yongzhou in Central China's Hunan Province, is also known as "Penknife Man" because of his condition, called ankylosing spondylitis, which is a severe form of inflammatory arthritis which began affecting his spine and large joints at the age of 18.

Mr Li eventually became so hunchbacked that his face was pressed against his legs, leaving him a 5cm (two inch) gap between his chin and thighs.

His doctor, Professor Tao Huiren, told local documentary makers Ergeng TV: "Li Hua had what is known as ankylosing spondylitis. The serious spinal deformity can put pressure on his heart and lungs, leading to a loss of organ function and eventually death.

"From the perspective of medical skills required, it was like climbing Mount Everest." 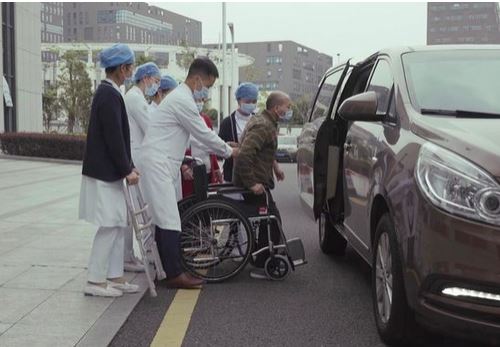 The professor and his team at the teaching hospital spent two weeks creating a treatment plan and three months preparing Mr Li for surgery.

The four high-risk surgeries took place between 15 August and 31 October last year, which left Mr Li in danger of becoming a paraplegic or even dying on the operating table.

The operations involved breaking Mr Li's bones in sections and straightening them out again, and the longest took 10 hours and 25 minutes.

His mother Ms Tang said: "Of course, I was concerned, but there was no other way after more than 20 years of hardship. I started looking for ways to treat him when I was in my 40s. I'm now 71.