NDDC: Buhari Gets Ultimatum To Remove Akpabio, Set Up Panel


The rights group warned that Buhari’s failure to act will cause it to institute legal proceedings to compel his government to act. 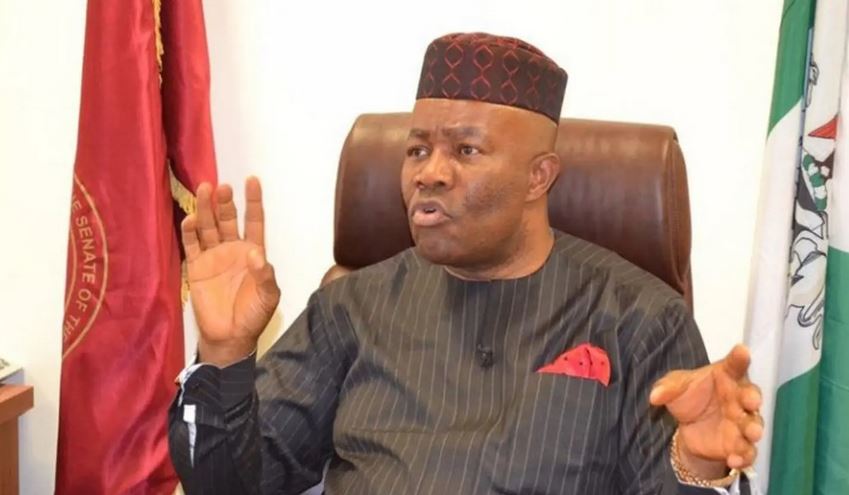 The body also asked him to suspend, Godswill Akpabio, Niger Delta Minister and all those implicated.

The rights group warned that Buhari’s failure to act will cause it to institute legal proceedings to compel his government to act.

SERAP demanded that witnesses and whistle-blowers be protected and the findings of the investigation should be made public.

“Where there is relevant admissible evidence, suspected perpetrators should be handed over to appropriate anti-corruption agencies for prosecution”, it noted.

SERAP, in a letter by its deputy director, Kolawole Oluwadare, said Nigerians want to see development and prosperity in the Niger Delta and demand that Buhari takes the lead to get to the bottom of the allegations.

“A special panel to probe allegations of corruption in the NDDC, and that is able to work closely with anti-corruption agencies, would protect the integrity of the forensic audit, remove the possibility of obstruction of justice, and interference in the process by those suspected to be involved in alleged corruption in the NDDC.”

SERAP noted that the investigation by the National Assembly has been controversial, and has turned into a ‘dirty fight with the agency.

“Any perception of politicisation and bias in the investigation of the corruption allegations in the NDDC would undermine public trust in the process, and ultimately, the public interest and good government, as well as justice for the victims of corruption in the Niger Delta.

“A decisive action is needed by you and your government to stop the corruption in the NDDC, ensure that anyone suspected to be responsible is brought to justice, and to fully recover stolen, mismanaged or misappropriated public funds.”

Buhari was asked to send a strong message of intolerance for grave corruption in the NDDC, and show that he is willing and able to enforce important constitutional, statutory and international principles and obligations.

SERAP told Buhari to instruct security agencies to end the harassment of Joy Nunieh, former Acting Managing Director of NDDC, or any other witnesses and whistle-blowers.

“Suspected perpetrators will escape justice if witnesses and whistle-blowers are intimidated, harassed or threatened. Effective investigation and prosecution will not be achieved if such crucial participants in the investigation are not sufficiently protected to perform their roles unimpeded”, it added.