Sowore had claimed that Funtua and others visited him while he was in the DSS custody and asked him to stop fighting the government for him to be released. 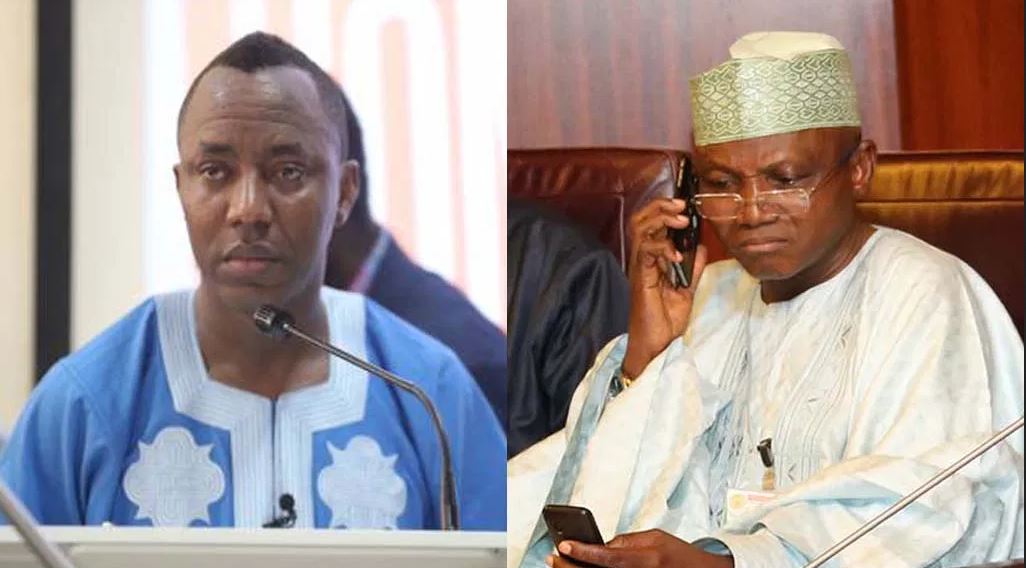 Sowore had claimed that Funtua and others paid him a visit while he was in the DSS custody and asked him to put aside his ‘revolutionary views’ and stop fighting the government for him to be released.

Reacting to the claim in a Facebook post shared today, Garba Shehu who countered Sowore's claim said that the Department of State Services may be forced to release a tape of Funtua and other newspaper publishers' visit to the Publisher of Sahara Reporters.

“Let’s get the facts straight on the meeting with Sowore in SSS detention. First, it is important to state that the meeting was not instructed by the government. Nobody sent anybody to go and negotiate Sowore’s freedom as he put it.

“The late Malam Isma’ila (Funtua), on his own called me to ask that I broker a meeting with him and two others with the SSS, which they agreed to. It is important that I state that it was the force of Malam Isma’ila’s argument that made the meeting possible.

“Vanguard Newspapers publisher, Sam Amuka and ThisDay Publisher and President, Nigerian Press Organisation, Nduka Obaigbena, all agreed that Sowore was a ‘rascal’, who had used his newspaper ‘to abuse all of us,’ but agreed, nonetheless to go and press for his release.

“The meeting ended well, and contrary to the posturing by Sowore, he said he was happy with a resolution proposed but that his lawyer, whoever that was, needed to come on board. The fence-mending process apparently collapsed after the meeting of the trio with the lawyer in Lagos.

“Knowing the way the secret service works, it should surprise no one if they keep a recording of that meeting. Faced with this posturing and the unfair attacks on the dead, we certainly will be forced to ask for the release of tapes, in case they are available for the public to judge.”