It has been revealed that one of the aid workers killed by terrorists was abducted and killed three days to his wedding. 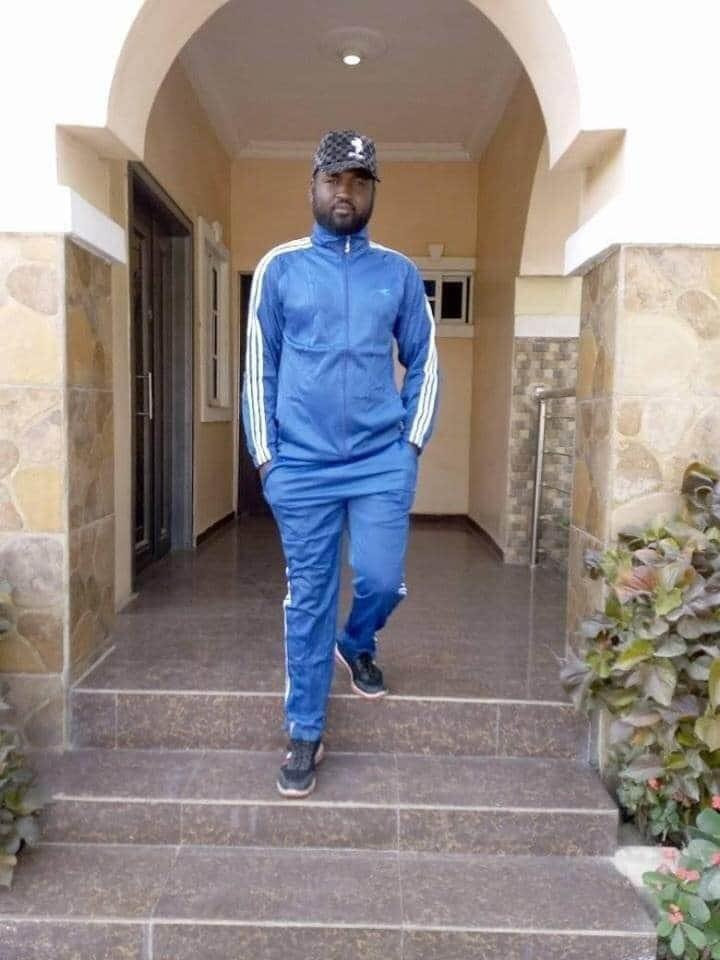 Abdur-Rahman Bulama
One of the aid workers recently executed by members of Boko Haram was killed just three days to his wedding, it has been revealed.
The victim identified as Abdur-Rahman Bulama was killed alongside 4 others by the terrorists.
On Wednesday, July 22, members of the sect released a video showing the execution of five aid workers they abducted in Borno state.
Revealing the tragic news, Kano-based lawyer, Bulama Bukarti said Bulama was abducted three days to his wedding and killed by the terrorists yesterday.
"Abdur-Rahman Bulama was one of the aid workers abducted by ISWAP and executed yesterday. He was abducted just three days to his wedding. The people being killed everyday in Nigeria aren’t just numbers. Each was a human being with dreams and valued their life like you and I do." he wrote. 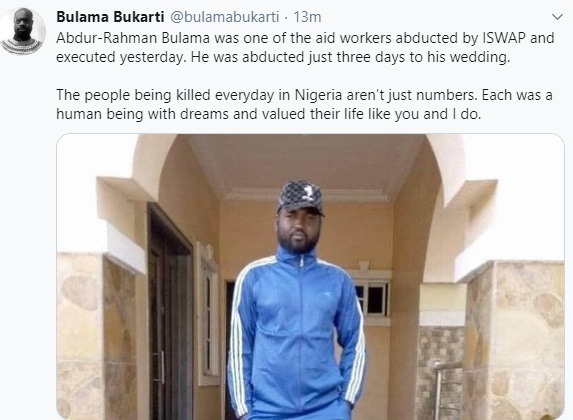