Lady Catches Boyfriend Cheating With Another Woman At A Hotel In Benin, Gives Him Dirty Slap (Video)


A lady threw caution to the wind and landed a hot slap on her alleged cheating boyfriend he caught at a hotel. 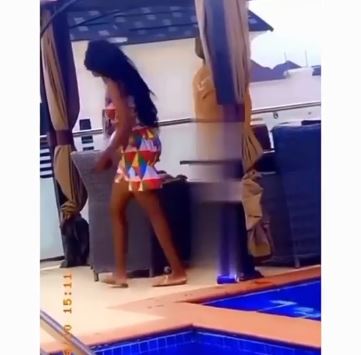 The angry lady slapped the boyfriend after she caught him cheating
An angry lady has shamed her boyfriend by giving him dirty slap in public after catching him cheating with another woman at a hotel in Benin.
According to reports, the incident happened at Poshlux hotel in Benin city.
Reports revealed that the lady bumped into her boyfriend at the hotel, chilling with her friend, and went into rage.
She accused them of sleeping with each other behind her back and created a scene before giving the boyfriend a hot slap.
Her boyfriend tried to calm the situation and stop her from flaring up so much. She went further to harass the other girl.
Watch video below: