A widow has shared tragic details of how she was lost a child and got separated from her other kids while fleeing from gunmen in Kaduna. 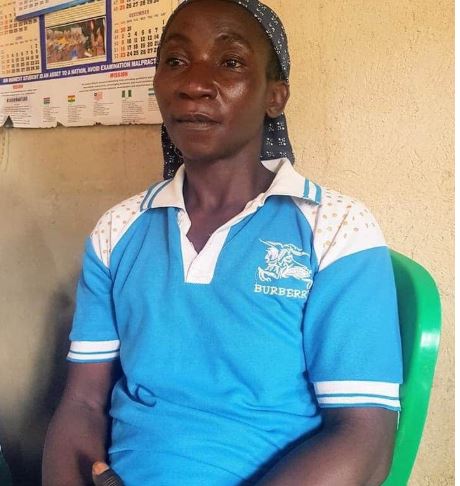 A widow who lost one of her children and got separated from the others, while being chased by bandits who attacked her village in southern Kaduna, has narrated the harrowing experience.

Mama Hajaratu David, 45, lost her husband in 2018 and was left to raise her three children herself.

Sadly, on Friday, July 10, 2020, bandits attacked her village and rendered her and her kids homeless.

She and her three children were sleeping in Chibwob, their village under Atyap Chiefdom in Zangon Kataf LG Area of Kaduna State, when she woke up to the sounds of gunshots around 12 midnight. She realized then that the village was under attack.

While running, she got separated from her two older kids but held on to the youngest. Unfortunately, she had to cross a river to get to safety and her youngest child drowned in the river.

Narrating the ordeal, she said: "We were sleeping around 12 midnight when we heard gunshots. We initially thought it was our local vigilantes, but after the second shot, I quickly woke my three children from sleep. I heard more gunshots and so we ran out of the house.

"We went to a neighbour’s house but saw the house was empty. We came back and locked ourselves in our small kitchen but the sounds of bullets continued loudly all over the village and people were screaming, so we ran out of our house and out of the village. We were still being pursued. We got to a hill and looked behind and saw houses in Chibwob village on fire. We could still hear gunshots.

"We continued running and in the process, I got separated from my two children. I had my two-year-old baby on my back, so I continued running. I got to a river and decided to cross it. I entered and as i walked, I realized the river was deep because of the rains. I thought of going back but I needed to get away from the people killing in my village. I was struggling inside the river by this time and I felt my baby holding me tightly.

"I then got swept by the water which was almost at my neck. My baby was still holding tightly to me and I was still struggling with the water. I got pulled under the water but was able to come to the surface. It happened again. After the third time, I was able to get to the other side of the river. That was when I realized that my baby was not on my back anymore. I searched and searched while crying but couldn’t find her. I then continued walking in the dark. I was also naked by this time.

"After trekking for some time, I got to a village called Yagbak and knocked on someone’s door. They opened, took me in after I told them that my village was attacked and gave me clothes to wear. The next day Saturday, I and other survivors came to the camp in Zonkwa. My two children that got separated with me were found and brought here, but the body of my two-year-old baby is yet to be found."

Villages in southern Kaduna have been under attack for months now. Lives and properties have been lost in the attack but not much has been done to put an end to the killings.