She made the revelation while replying to a tweet about women always returning to abusive marriages due to lack of stability. 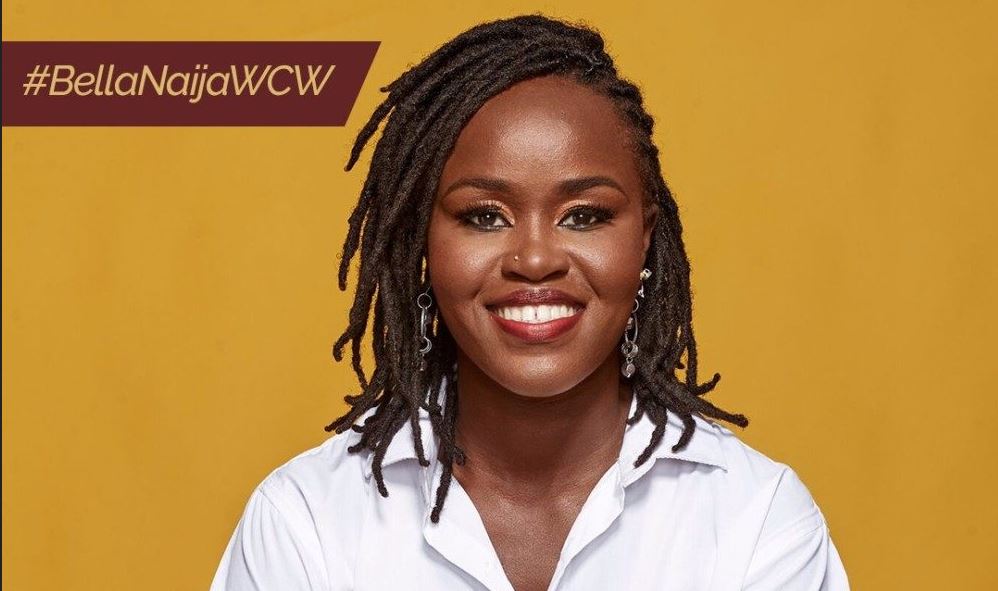 Popular Founder of Dreamcatchers, Seyi Oluyole who announced last year that she has separated from her husband, has narrated her encounter and what her husband put her through after she left the union.

She made the revelation while replying to a tweet about women always returning to abusive marriages due to lack of stability. Seyi agreed with the tweet and shared her personal experience.

Choosing to leave meant - i had no access to my clothes or my property. He locked up the house because I ran away.

He hijacked my work website. Deleted my email! Stalked Me!

I was squatting with people.

Pressure everywhere to go back was heavy!" 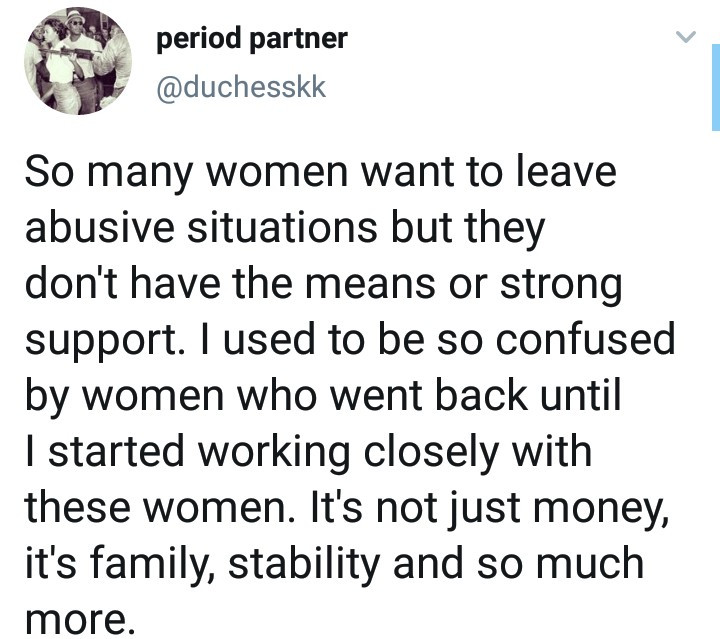 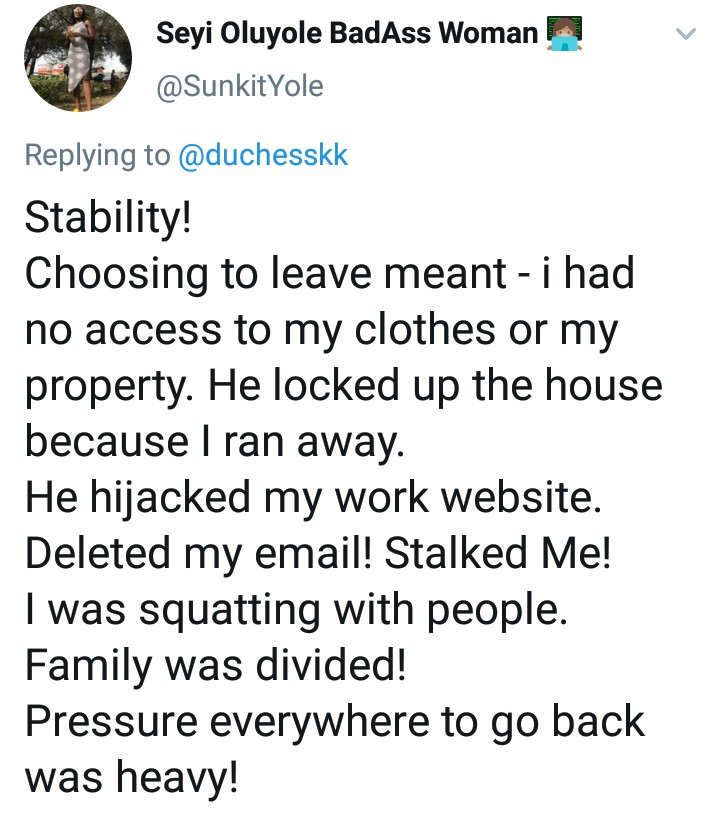 She added that she's glad she didn't have a child from the marriage because that would have made it harder to leave.

Seyi's Dreamcatchers, a foundation that uses dance to keep poor children off the streets and in school, was recently featured by Beyonce on her website. Other celebrities like Rihanna have also recognized the group and they have been interviewed by various international media.