A female professor took to social media to recount how her mother left her father after marrying his side chicks and insisting they live under the same roof. 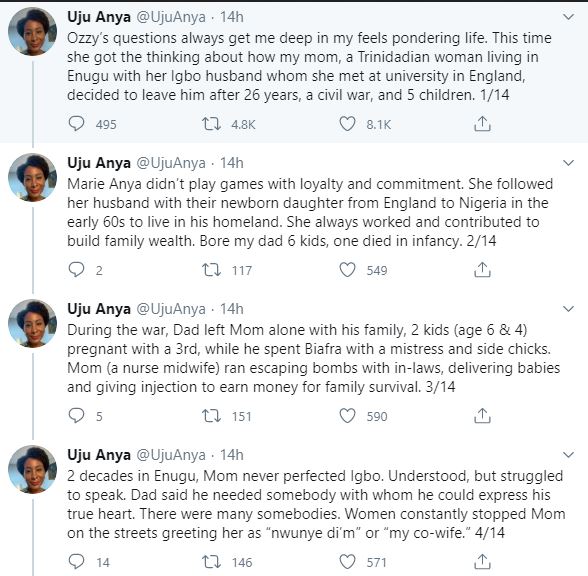 A Nigerian professor living in the US took to Twitter to narrate how her mother took her and her siblings and left their dad after 26 years of marriage.

Prof Uju Anya explained that her mother, a Trinidadian woman, met her dad at University in England. They got married, had a child and moved back to Enugu. Nigeria.

While in Nigeria, the civil war began and, her father left her mother and their kids with his family and spent Biafra with his mistress and side chicks.

She said her mother kept working to provide for the family while dodging bombs.

She explained that her father's infidelity brought her mother disgrace and women would stop her mother on the streets to let her know that her husband belonged to them all.

Decades after their marriage, her father married one of his side chicks and brought her into their home.

She said her mother begged her father to put the woman in another house since he had so much money but he refused. Her mother reported to the village elders and the women's leaders but they sided with her father.

After 26 years of marriage, she said her mother took her and her immediate elder brother and left Nigeria. The older three kids were already adults and remained in Nigeria. 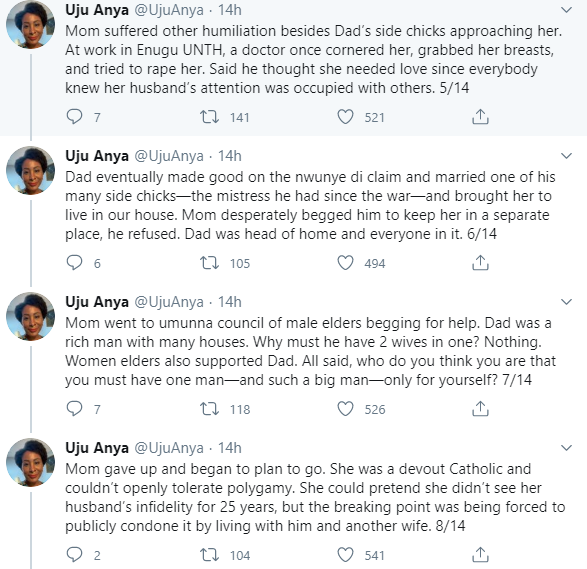 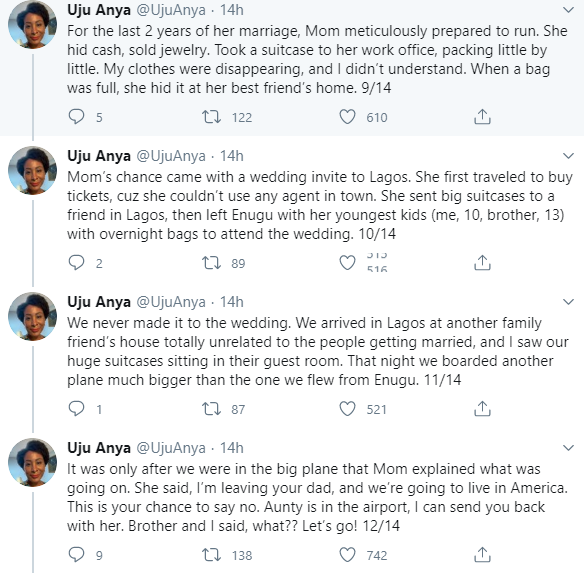 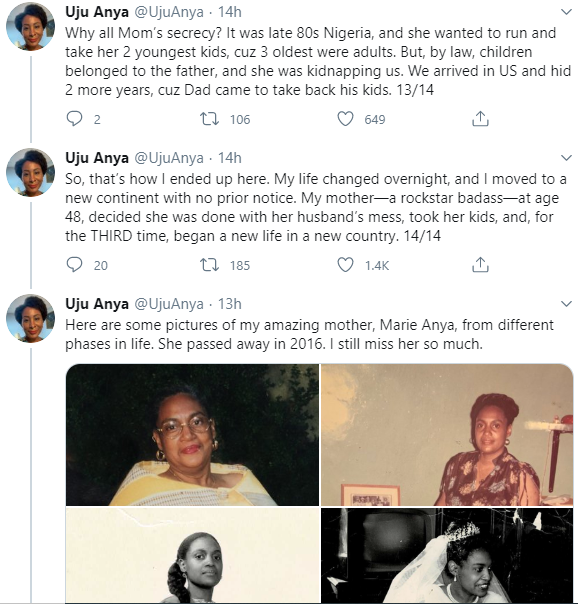 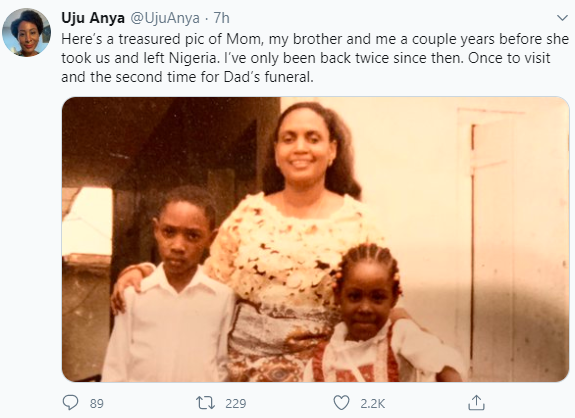