An additional 12 fighter jets have been ordered by the federal government as it gears up to end terrorist in Nigeria. 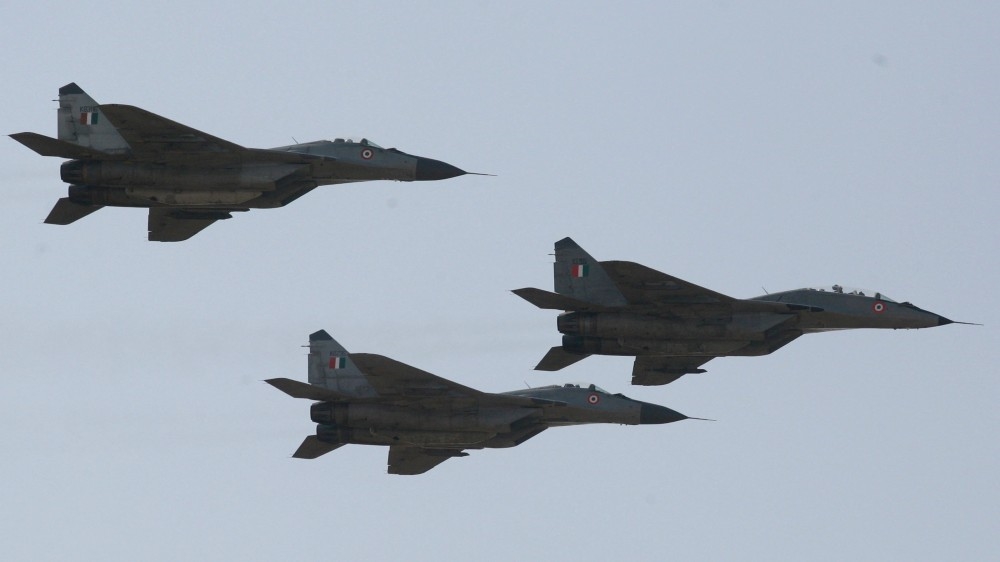 Fighter jets
The Nigerian Air Force (NAF) has revealed the federal government's plan to purchase of 12 additional aircraft to be deployed in the fight against insurgency in the country.
The Chief of the Air Staff (CAS), Air Marshal Sadique Abubakar, made this known on Wednesday while on a one-day operational visit to the 407 Air Combat Training Group (407 ACTG) Kainji, Niger.
“We are expecting additional aircraft paid by the Federal Government,” he said.
Abubakar, after inspecting the projects, also said the Service is expecting the delivery of the Super Tucano aircraft in the Country.
He said that the Super Tucano is particularly important in the fight against insurgency.
The CAS was also briefed on the progress of work on the ongoing Periodic Depot Maintenance (PDM) of the Alpha Jets, the activation of the aircraft and the Engine.
The air chief expressed satisfaction with the progress of the Alpha Jet PDM, as well as with the technicians working on the aircraft.
“We are working to get the aircraft out as quickly as possible to add value to what we are doing,” he said.
He also inspected ongoing infrastructural development projects aimed at improving the operational environment and enhancing the welfare of personnel and their families.
The projects inspected include the ongoing re-construction/re-modeling of 2 blocks of 10 x single-bedroom flats for Single Quarters, Married Officers quarters and Airmen Transit accommodation.
Abubakar who was accompanied on the visit by Branch Chiefs and Directors from Headquarters NAF, was received, upon arrival in Kainji, by the Air Officer Commanding Air Training Command, AVM Musa Mukhtar as well as the Commander 407 ACTG, Sqn-Ldr Kingsley Igwegbe.
Top Stories