Family and friend have been left devastated after coronavirus killed a man and his wife just some days apart. 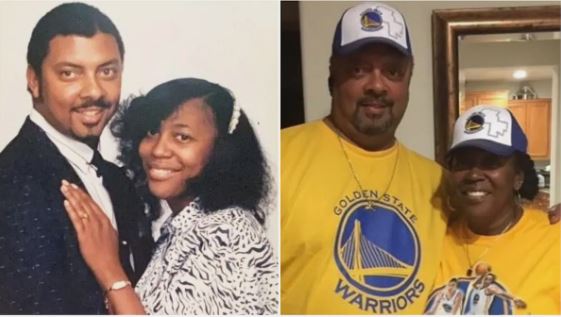 Keith and Gwendolyn Robinson
A husband and wife, Keith and Gwendolyn Robinson in America married for 35 years have died after contracting the deadly coronavirus.
The late couple met in high school as best friends. Their son, Adams, said that they were not only best friends but were sports enthusiasts, CNN reports.
According to their son, the couple did almost everything together and their good bond robbed off on people who were around them.
Adams said theirs was truly a love story, adding that his parents’ lives taught him how to express love and show great care to others.
When 62-year-old Keith who was a driver started manifesting minor Covid-19 symptoms, he thought it was his diabetics messing with his health.
A few days after, Gwendolyn came down with the disease with very severe symptoms that were graver than her husband’s.
Gwendolyn’s daughter had to advise her to get to the hospital. Four days after she was admitted, the woman passed away. But before her death, she had the time to say goodbye to Adams and her grandchildren through FaceTime.
Though Adams’ father battled a bit longer with the virus, he died on Wednesday, July 29. His case worsened with a kidney problem.
"This is rough. It's one thing to know you are going to lose your parents eventually - but to know that you just saw them last week...and you never see them again, it's a shock,” Adams said.
Top Stories