A man who tried to separate a fight between to rival lovers has been stabbed to death in Lagos. 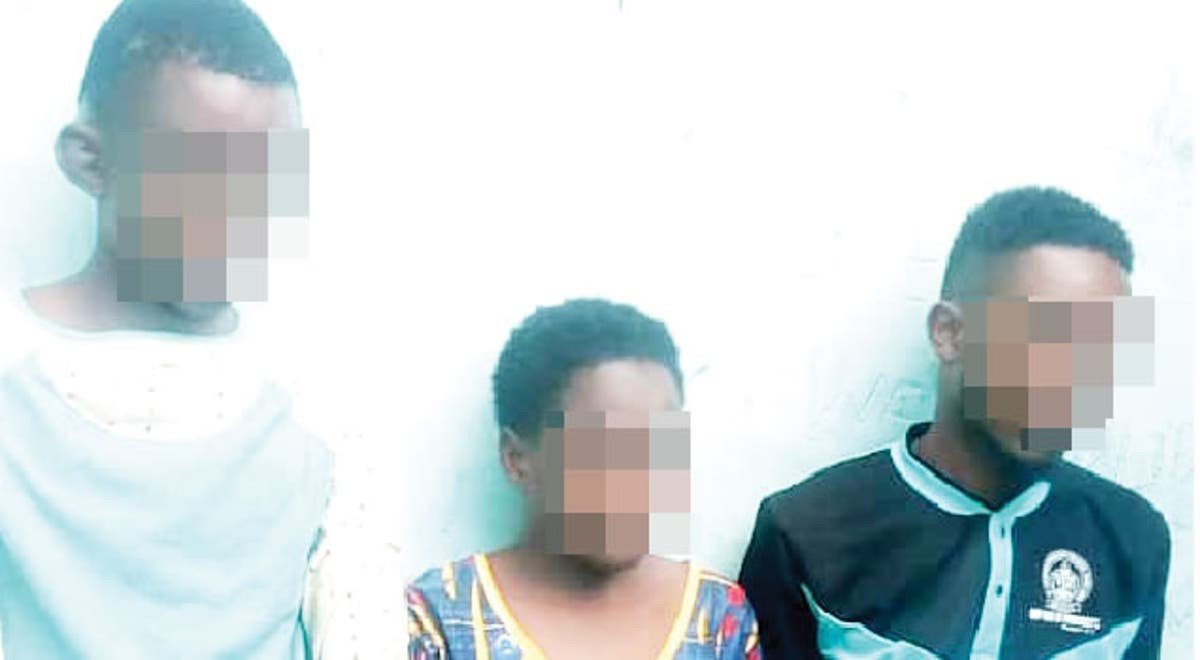 The peacemaker was stabbed to death while trying to separate two fighters
A peacemaker has died while trying to make peace between two rival lovers identified as Eniola Ayodele and Kayode Babashola.
The duo have been arrested alongside their girlfriend Barakat Wasiu, following the death of a peacemaker identified as Muhammed Obadimeji.
It was gathered that Obadimeji was reportedly stabbed with a sharp object while trying to seperate the men who were fighting over Barakat in Dopemu area of Lagos State. The deceased who was rushed to Lagos State University Teaching Hospital in Ikeja for medical attention, died in the process of being treated.
An eyewitness said;
“The boyfriends were fighting over the girl and the person who came to separate them was killed. One of them stabbed the person, who wanted to separate them and the injury led to his death. The man knew nothing about the fight; he wasn’t the one in a relationship with the girl; he just intervened to stop the fight and that was it.
“The girl is a teenager and somebody was killed because of her. The police have arrested the two rival men and the girl. All of them are in the police station.”
Lagos state police spokesperson,Bala Elkana who confirmed the arrest of the suspects said Obadimeji’s corpse has been deposited in the Yaba General Hospital’s mortuary for autopsy. The suspects have also been transferred to the State Criminal Investigation and Intelligence Department, Panti, Yaba, for discreet investigation.
Bala said;
“On Sunday, August 9, 2020, around 1.30pm, information was received from a good Samaritan that one Eniola Ayodele, 28, was fighting with Kayode Babashola, 31, over a girl, Barakat Wasiu, all of who stay in the same address on Momodu Street, Orile-Agege.
“During the fight, Eniola Ayodele allegedly used a sharp object to stab one Muhammed Obadimeji, 25, who was said to have come to separate them, in the chest. The peacemaker was rushed to the LASUTH in Ikeja for treatment and later died.
“A team of policemen was mobilised to the scene of the incident, where Ayodele, Babashola and Barakat Wasiu were all arrested and brought to the station. Obadimeji’s corpse has been deposited in the mortuary of the General Hospital in Yaba for autopsy. Investigation is in progress and the case has been transferred to the SCIID, Panti, Yaba, for further action.”
Top Stories