The PDP alleged that making Sanwo-Olu the Chairman of APC campaign council for the Ondo election was a way of asking him to finance the election. 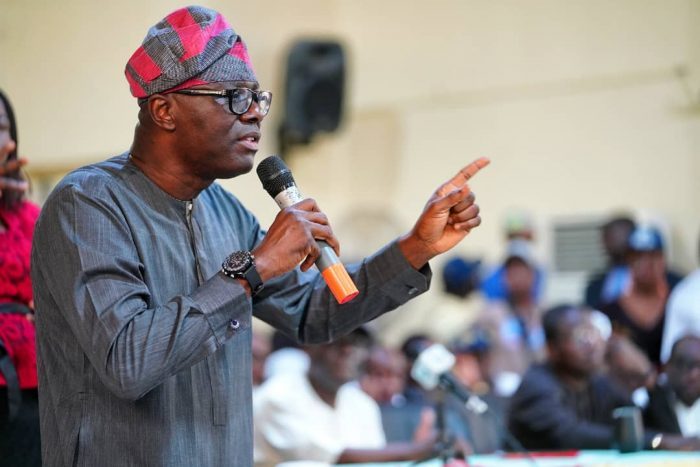 The Peoples Democratic Party, Lagos State chapter, has cautioned the Governor Babajide Sanwo-Olu against spending funds belonging to the state on the upcoming governorship elections in Ondo and Edo states.

This was contained in a press statement by the Lagos PDP’s spokesperson, Gani Taofik, titled ‘Resist wasting Lagos funds on Ondo” on Wednesday.

In the statement, the party raised an alarm that there would “most likely be a diversion of Lagos funds into the APC Ondo state governorship contest”.

It alleged that making Sanwo-Olu the Chairman of APC campaign council for the Ondo election was a way of asking him to finance the election.

The statement read, “The selection of Sanwoolu as Head of the APC Ondo State Governorship campaign council cannot be for his political experience but because the APC intends to use Lagos funds to run the Ondo elections.

“The party urge the Lagos State Commissioner for Finance and the Accountant General to prepare for accountability within this period of Edo and Ondo elections.

“We will invite EFCC and also support the legal protest against this selection targeted at diverting Lagos taxes in the face of colossal infrastructure inadequacies begging for attention in the state.

“Governor Sanwoolu should show empathy to Lagosians by rejecting the Greek gift selection as head of the APC campaign council, so as to concentrate on his much-touted quest to improve the state development.

“For the PDP, the state will be further plunged into avoidable debts and infrastructure deficits if the governor delves into such party assignments obviously distractive and prodigal at this time.”