The woman was also charged with animal cruelty after having sexual intercourse with her pitbull. 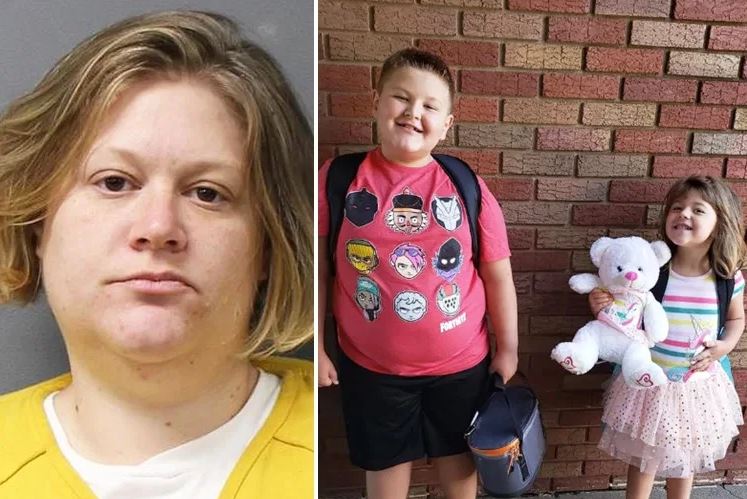 A woman from Pennsylvania, Lisa Snyder is facing trial in court, after she allegedly had s3x with her pit bull dog then killed her two children by hanging.

According to reports, Snyder, 37, was arrested last December after a lengthy investigation by police for the death of her children and for allegedly engaging in acts of bestiality with a dog.

Her children, eight-year-old son Conner and four-year-old daughter Brinley, were found hanging in the basement of their home last September by paramedics.

One of the paramedics who responded, Eric Bubbenmoyer, has testified before the court  describing Snyder as “very anxious, very nervous,” the paper reported. The paramedics carried the children out of the basement after seeing that they weren’t able to revive them. The kids were taken by helicopter to a local hospital where they remained for a week until they were taken off life support and gave up the ghost.

During  investigation, police officers found Facebook messages in which Snyder gave live updates, sent photos of her sex acts with the dog and whined about the dog biting her genitals to the man she was speaking with.

“‘He’s eating my p***y daddy … He keeps moving every time the flash goes off,” the messages reportedly say.

Snyder is scheduled to appear again in court in November. She is currently being housed in Berks County Prison without bail.