The Bauchi State commissioner who is loyal to Yakubu Dogara has resigned his appointment. 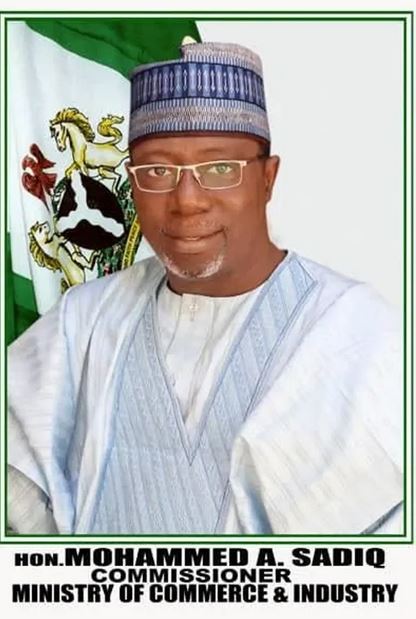 The Bauchi State's Commissioner for Commerce and Industries, Mohammed Sadiq has resigned his appointment as confirmed in a Facebook post he shared.

The commissioner said to be loyal to Yakubu Dogara, also thanked the former Speaker of the House of Representatives for making his appointment possible.

“I thank H.E the Executive Governor – Sen. Bala A. Mohammed (Kauran Bauchi) for the wonderful opportunity accorded to me. In the same vein, I must appreciate my boss H.E, the Rt. Hon. Yakubu Dogara for his usual support and the role he played in influencing same.

“I sincerely thank all my colleagues in the EXCO and the Ministry, whom we have worked with as a formidable team. I have enjoyed the understanding of my family at such a trying time.

I beseech God to forgive all my wrongs and the general public/colleagues to pardon me." 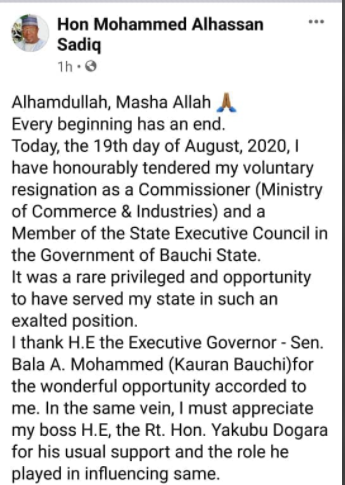 This is coming amid a face-off between Dogara and Governor of Bauchi state,  Bala Mohammed. This became visible after the lawmaker defected from the Peoples Democratic Party (PDP) to his former party, the All Progressives Congress (APC).