A single mother and an illegal immigrant in Saudi Arabia since July 2019, the lady said she had been working as a maid and also depending on hand-outs from kind people. 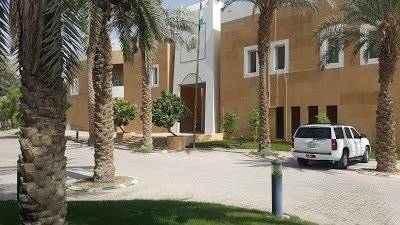 A 25-year-old Nigerian woman in Jeddah, Saudi Arabia, has accused Nigerian Consular-General in the province of chasing her out when she tried to seek refuge in his office.

“I went to the consulate but the consular ordered me out of his office, saying that his office was not a refuge dump and he wasn't the one who asked me to come to Saudi Arabia,” she told SaharaReporters.

The woman, who preferred not to be named due to fear of being victimised, said she ran out of the home of her last employer after being subjected to excruciating maltreatment for six months.

A single mother and an illegal immigrant in Saudi Arabia since July 2019, the lady said she had been working as a maid and also depending on hand-outs from kind people.

She said she was lured into travelling to the country by an agent, who promised her that she would get a job and earn a big sum of money as a domestic servant, a familiar story that has been told by thousands of Nigerian girls trafficked to such places.

“The agent that facilitated my trip to Saudi said he wanted to help me. He told me there was a job opportunity in Dubai to work in a mall. I felt it made sense, so I said ‘fine,’. I did not know he was processing a trip to Saudi Arabia instead.”

From the initial promise of getting her to Dubai, the agent later changed the destination to Saudi Arabia.

She said she hesitated about accepting the new offer to go to Saudi Arabia.

“He insisted that I go, he said there are people in Saudi Arabia willing to sponsor the process. Since he was trying to help me, I agreed.

“But when she landed in the country, the story changed.

“It is when I arrived at the airport in Saudi that I learnt the sponsor in Saudi Arabia had sold me to an agency. It is this agency that sells us to homes in need of domestic help.”

She first spent four days with the first employer whom she said she saw ‘hell’ and she returned to the agency to get a new employer.

“When I returned to the office, I saw other ladies from Nigeria, Bangladesh and the Philippines. I couldn’t understand what they were saying but they were beating ladies who wanted to leave the employ of the bad employers they were given.

“They beat me till I passed out. I met myself in the hospital. The doctor asked me if I wanted to report to the police, but I said ‘no.’”

Then she made up her mind to come back to Nigeria, but the agent demanded to be paid a certain amount of money that she could not afford.

“After that experience, I told the agent I wanted to come to Nigeria. He said he collected N1.2m on my head that I should return the money and he would help me return. I sure couldn’t.  So, I agreed to work,” she said.

She later got a new employment where she said she was tortured and forced to convert to Islam.

“The last employer was always talking about me converting to Islam. He said I'll go to hell if I don't die as a Muslim.

“He went to buy me a lot of books to read and a mighty Qur’an. This family was confusing my mind.  At some point, I felt I was losing my head already.

“Then I felt really sick after the whole stress of working during Ramadan. Most days in that month, I worked for 19 straight hours without rest. I broke down and refused to work.  My madam didn't give me any medicine or take me to hospital. She locked me up for two days in the toilet because I refused to work. I was forced to drink water from the toilet.

“I called the maids sellers – the Saudi agency. They told me that I should not let my boss know that I'm contacting the office and there was nothing the office could do. I remembered how I was beaten at the office, so going back there would have been terrible.

“The Nigerian agent that processed this Saudi trip called a Hausa man here and he sent a driver to come pick me up. I had to pay him N250,000.”

By escaping from the home and terminating the placement from the agency, she lost her residential status and work permit.

From that moment, she started living as an illegal immigrant without even a passport. She tried getting jobs by herself.

“Going out to these jobs is risky. You don’t have a passport and so they treat you bad, really bad, it is their hubby. When they do these things to you, they know you cannot fight for yourself because you are afraid that they will call the cops on you.

“I won’t do anything stupid. I would always gather one or two things together to work, I prefer to be called a shagala (Shagala means slave) instead of going into prostitution.”

She said she had been posting videos online to solicit for help but she had not gotten any assistance.

As the Nigerian Government announced that its international airports would reopen on August 19, she is desperate to return home to the daughter she left behind and her family.

“I know in my spirit that my daughter is fine even though I have not spoken to her in two months or sent money for her upkeep.

“I left her with my mother to come here. I feel depressed; I know I am depressed. I would really like to see a psychologist. I have been through a lot,” she added.

As the Nigerian consulate in Jeddah is unwilling to rescue her, she has not been able to find other means to draw the attention of the Nigerian Government.

The distressed woman said she was in dire need of money to purchase a flight ticket to Nigeria.

SaharaReporters called the Nigerian Consulate office in Jeddah but the phone numbers on the diplomatic office’s website were invalid and an email to the embassy has not been replied.