They were arrested following intelligence volunteered to the Commission by concerned residents of the area. 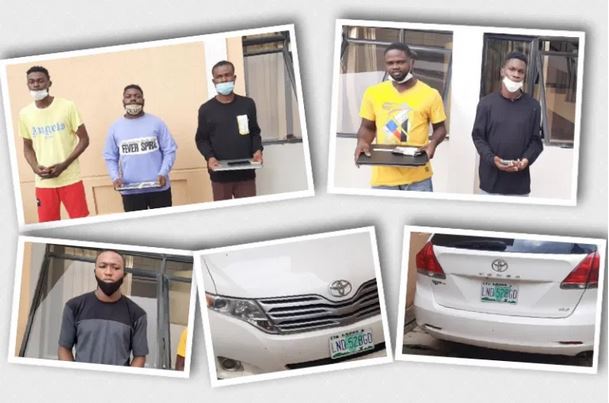 Nigeria’s notorious fraudsters, the Yahoo Yahoo Boys, may have shifted their operational base to Minna, Niger State as the EFCC arrested nine of them in one fell swoop on Thursday.

They were arrested following intelligence volunteered to the Commission by concerned residents of the area.

The suspects were picked up by the operatives of the Commission at their hideouts in Room 202, Seftec Hotels, behind NNPC’s mega petrol filling station, Minna, Niger State, for their alleged involvement in love scam and other internet related crimes.

Items recovered from the suspects include, one Toyota Venza with registration number, LND-528GD, laptops and exotic phones.