The Department of State Services has accused members of the Indigenous People of Biafra of killing two of its operatives in Enugu state. 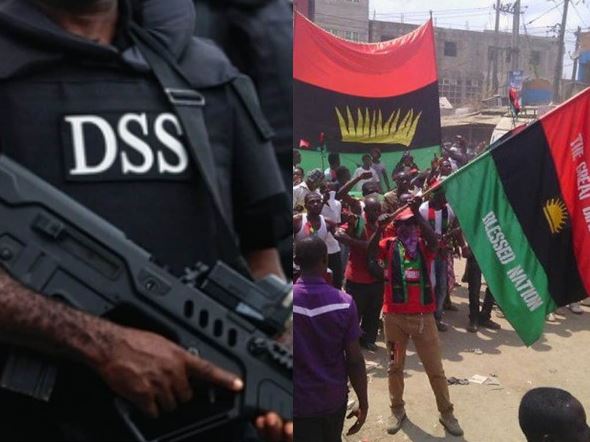 IPOB Killed Two Of Our Operatives In Enugu - DSS Alleges

The DSS has released a statement about what went down yesterday in Enugu where deaths where recorded when IPOB members fought security operatives.

The agency's spokesperson, Peter Afunanya alleged that the attack on the service patrol team was "unprovoked". He revealed that all measures have been put in place to ensure that the killers of the operatives are promptly apprehended and brought to justice.

“The Service lost two personnel in what was clearly an unprovoked violent attack launched by IPOB on the team. The Service hereby condoles with families of the departed officers and also prays for the repose of their souls.

“Consequently, a full-scale investigation will be carried out with regard to the incident.

“Once again, the Service reaffirms its commitment to assiduously work with other security agencies to maintain public safety and order.”