According to the actress, Laycon's case is different because he has cameras all over him and the continent is also watching. 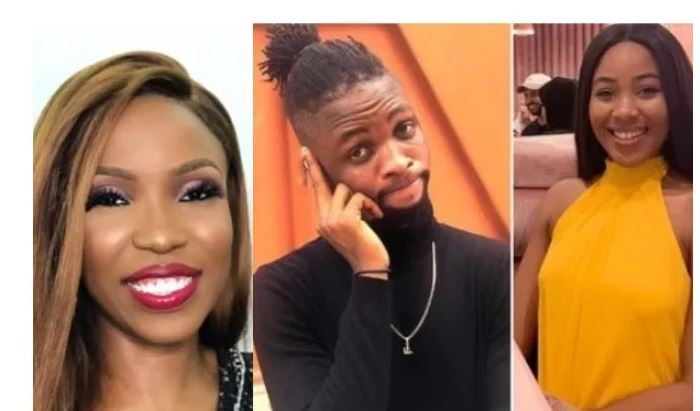 Popular Nollywood actress, Lala Akindoju has shared her view on how Laycon is handling being rejected by Erica after signifying his interest in having a romantic relationship with her.

"Let’s not forget that people handle rejection differently. Some of us know the extents we go to get over people we love but have rejected us. Unfortunately this person is trapped in the same house. It is not impossible that he will talk about it every time he sees her.

Some of us will block people that have rejected our advances on all platforms as a way to get over them. Some of us spend months whining to our friends and they listen and just endure till we have healed fully. Unfortunately this person has cameras on him and the whole

Continent is watching. Let’s just be a little human. We don’t talk about how people deal with rejection enough. Plus who says men can’t/shouldn’t whine about feeling rejected/hurt for as long as they want to? I even like that he admits how he feels and admits to being hurt

Rejection is not an easy thing to deal with o. Let’s be a little human and not mock people’s coping mechanisms. TRANQUILITY!!!" 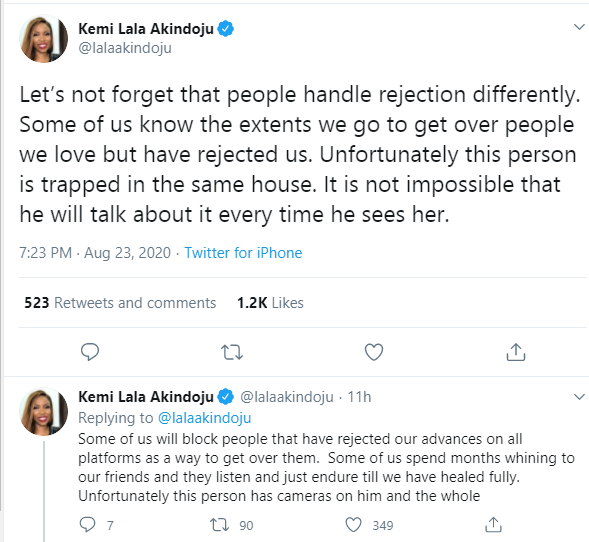