A man has revealed that he finds it offensive for his friend to date his sister.

A Nigerian lawyer has sparked off a debate on Twitter after coming out to state that it is disrespectful and an act of betrayal for his friend to show interest in his sister.

''I actually find it very disrespectful and act of betrayal for my friend to show interest in my sister. Guys that have sisters generally do not like it for their friends to have anything romantic with their sisters.''

Adam stood his grounds when some Twitter users opined that he wouldn't mind if his circle of friends were responsible and financially stable men. 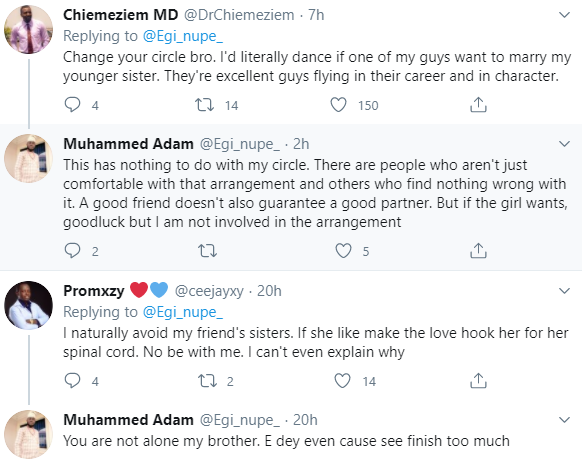 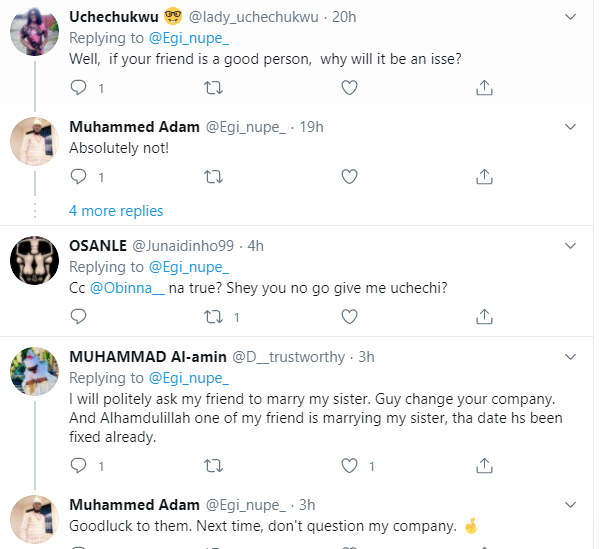 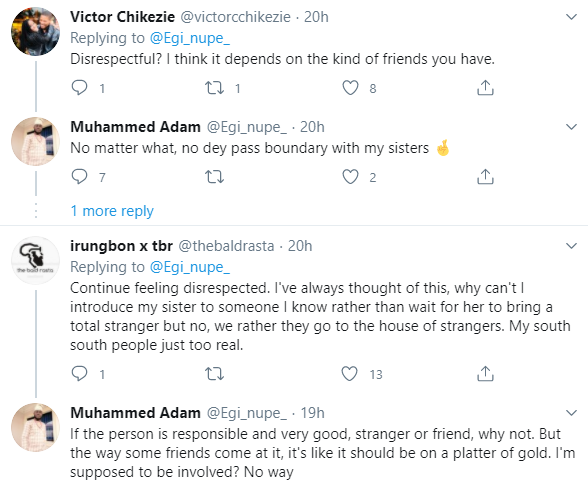 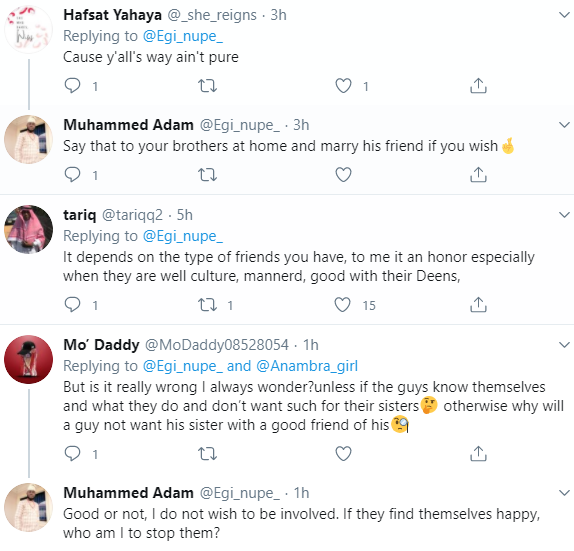