A Twitter user has called out some SARS operatives for allegedly extorting the manager of a petrol station. 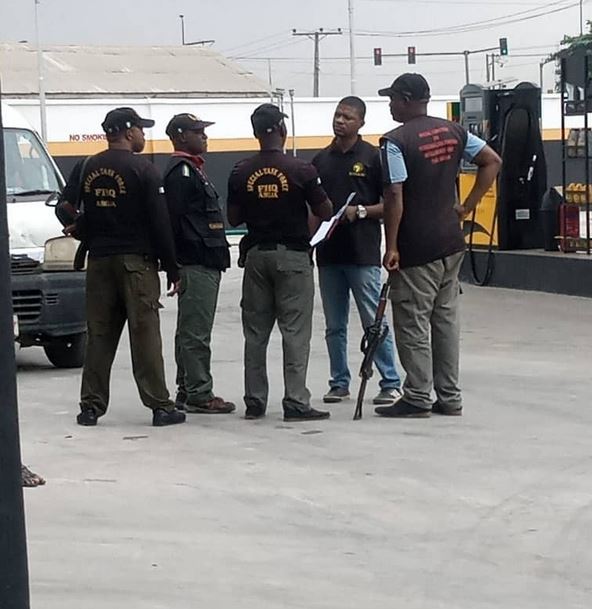 Some SARS officers in Ikorodu have been accused of harassing the manager of a petrol station in the area while ''demanding that he places them on a monthly salary.''

According to Twitter user @Bordillon007, the team of SARS operatives, led by an officer named Amos, allegedly harrassed the manager on Tuesday, August 25.

The Twitter user shared photos of the SARS officers surrounding the petrol station manager as he called on the authorities to take action. 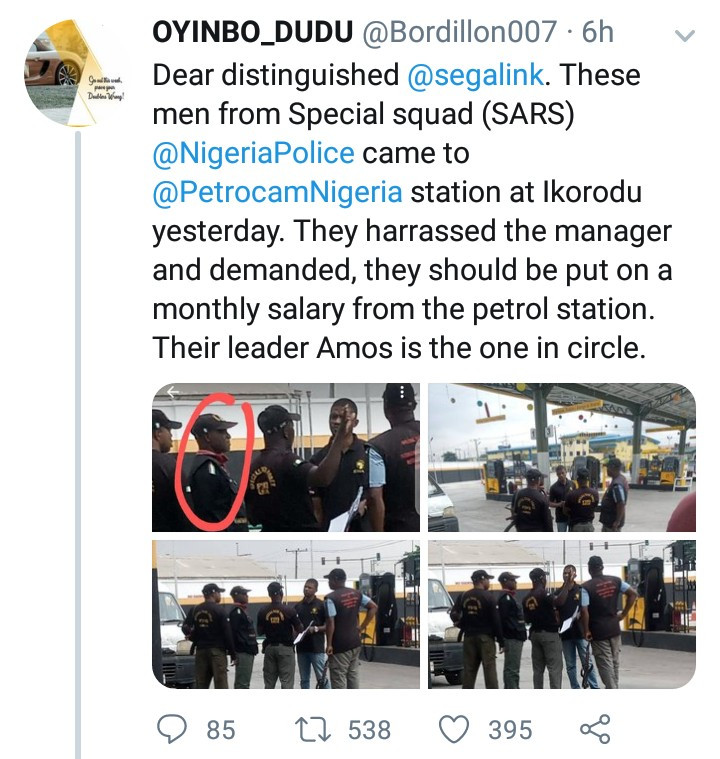