"Divorce Is Okay, Breaking Up Is Okay" - Queen Ola Writes Months After Her Rumored Split From Alaafin Of Oyo


The Queen who was rumoured to be sent out of the palace due to infidelity has shared a cryptic post online. 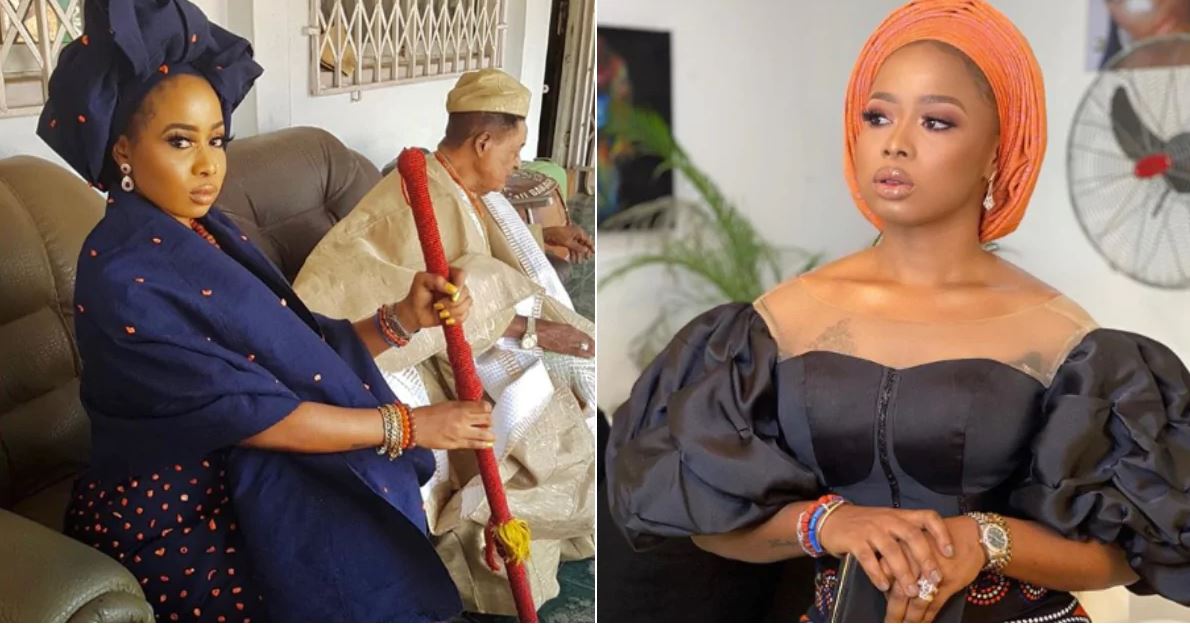 One of the wives of the Alaafin of Oyo, Queen Ola has shared a cryptic post via her Instastory, months after her rumoured split from Alaafin of Oyo.

Recall that the monarch's wife who has not been spotted with her husband for some time, had denied being sent out from the palace over an alleged infidelity months ago. She also denied having an affair with popular Fuji singer, KWAM 1 who was roped into the alleged infidelity scandal.

However months after, Queen Ola has shared a cryptic which centers on "divorce and breakup". The post also talked about people moving on from where they are not happy, appreciated and valued.

"Divorce is ok. Breaking up is ok.

Starting over is ok. Moving on is ok.

Saying no is ok. Being alone is ok.

What is not ok is staying somewhere where you aren't happy, valued or appreciated, that's not ok". 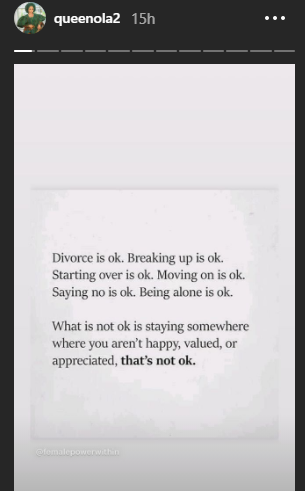