The Nigerian Immigration Service has revealed that about 150,000 Nigerian passports or travel documents may have either been stolen or lost. 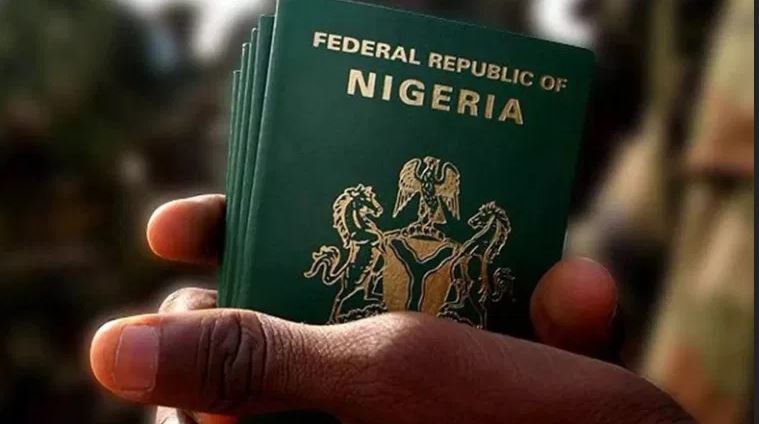 About 150,000 Nigerian passports or travel documents may have either been stolen or lost, according to Nigerian Immigration Service records.

The NIS INTERPOL i-24/7 desk said it has now seamlessly uploaded the information, about the Stolen and Lost Travel Documents (STLD) to INTERPOL Global System (IPSG) in Lyon, France.

The Service spokesman, Mr Sunday James, disclosed this in a statement made available to the News Agency of Nigeria (NAN) on Tuesday in Abuja.

James said that INTERPOL i-24/7 was a major system manned by officers of the NIS at the unit in the Service Headquarters.

He said that the Comptroller General, NIS, Mr Muhammad Babandede was updated in a brief on the development by the team in view of the report received of the success so far.

He added that the Nigerian SLTD detection and tracking system domiciled at the NIS Headquarters has successfully yielded result and worth appreciating by Nigerians and the global Community.

“This is an effort put in place by the Service team to rid the world of attempts and deliberate acts leading to identity theft, frauds and other organised crimes perpetrated globally using SLTD.

“This integration according to INTERPOL POLICE GLOBAL SYSTEM (IPSG) is the first in Africa and 54th in the World.

“By implication, this feat has enabled Nigeria to upload 150,000 SLTD to IPSG-Lyon, France through a secure channel on Monday 7 Sept. 2020.

“The successful integration and uploading of such quantity of Stolen and Lost Travel Documents (SLTD) among member nations on the Interpol Global System (IPSG) was worth recognising ” he said.