Many Escape Death As Truck Rams Into Vehicles In Abuja


The crash which occurred at the Central market in Kubwa left many vehicles damaged. 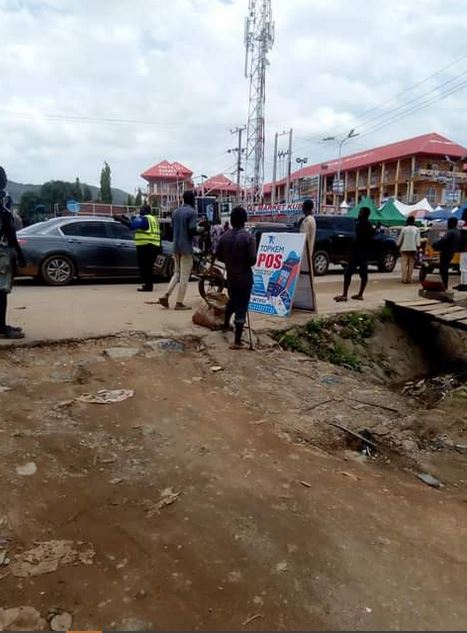 Many people escaped death on Tuesday, September 8, in Kubwa, Abuja, when a tipper truck rammed into several vehicles.

The crash which occurred at Central market in Kubwa, at about 11 am, left many vehicles damaged. According to one of the survivors, Ngozichukwu, the truck suffered brake failure and rammed into the vehicles with occupants.

"This tipper failed break and was hitting many cars..... I thought more than 20persons have lost their lives already, people were crying shouting JESUS JESUS  but God was just too much, too kind, too merciful because there was no serious injury and no life was lost" she narrated.

It happend exactly infront of central market but God wagged it with diffrent cars and building in order to save lives.Thank You Jesus" 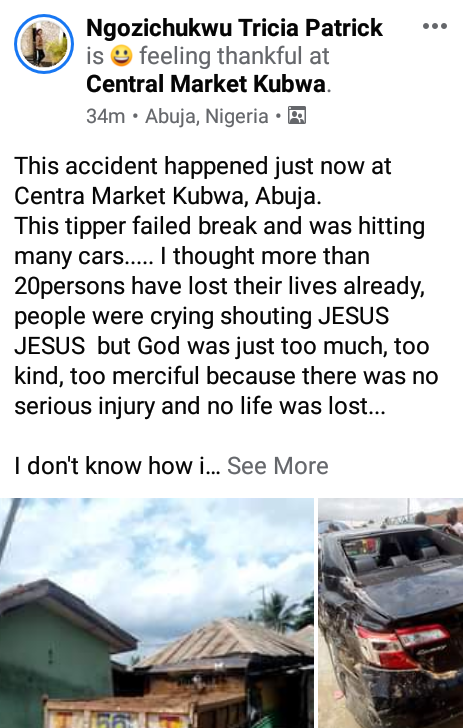 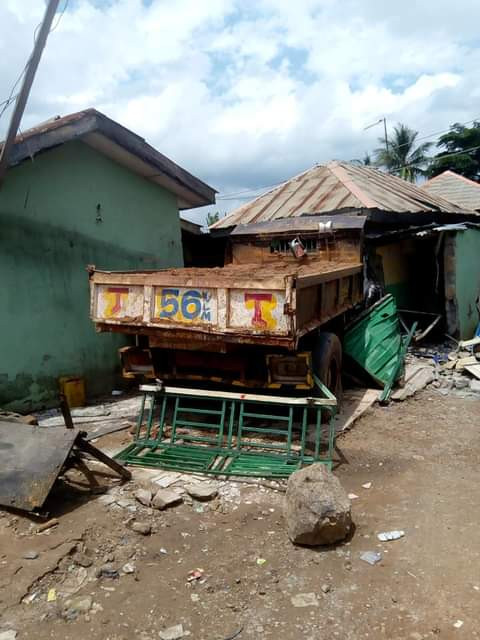 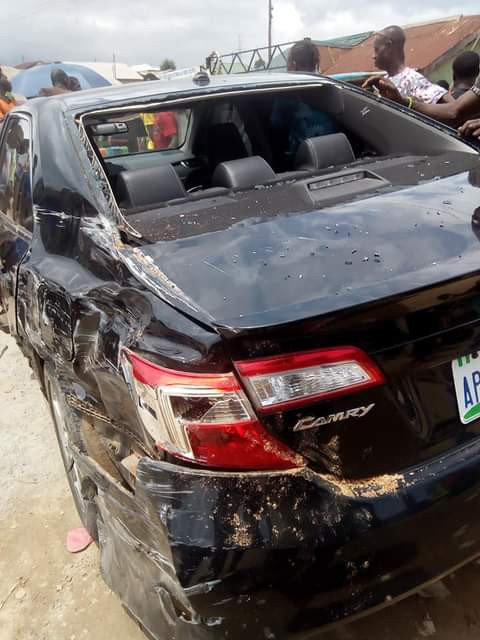