In what appears like discrimination against him, Idorenyin’s trip was cut short as he was stopped from embarking on his trip to the Asian country. 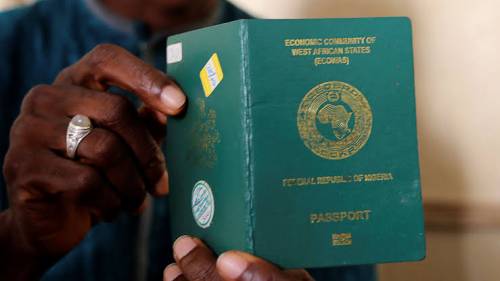 Iwe Idorenyin, a Nigerian man, a doctorate student at the Hong Kong University of Science and Technology, has explained how he was stopped from entering Japan for bearing a Nigerian passport, SaharaReporters reports.

In what appears like discrimination against him, Idorenyin’s trip was cut short as he was stopped from embarking on his trip to the Asian country.

He said he was travelling from the United States of America to Hong Kong, China, where he is studying but was stopped from boarding because his waiting time will cross midnight.

He noted that Nigerians were not allowed to cross the midnight in Japan while waiting for their connecting flight in the country.

“I got checked in at San Diego Airport at about 6:30am on a flight that was meant to depart at 8:00am to San Francisco; but after a while, my name was called requesting me to visit the counter for important information.

“Upon approaching the United Airlines counter, I was told that I could not connect flight in Japan since my waiting time will cross the midnight. While I was trying to recover from the shock, the attendant told me that other passport can be allowed but not the Nigerian passport holders as they do not need to wait beyond one calendar day in Japan without a transit visa.

“As Nigerians, we can only transit or connect flight in Japan to another country within one calendar day. It means that we cannot cross midnight before our next flight regardless of our time of arrival at the airport. This does not apply to many other nationals. It's really sad.”

He noted that he had a similar experience when he wanted to board an AirCanada flight in February to the US as he was forced to get a transit visa before he could connect flight at Vancouver to the US.

He added, “Generally, on my trips, I have always been treated unfairly at different international airports even if I am travelling with people of other nationalities.

“Countries such as China, Japan and Myanmar treated me very unfairly at their airports when I visited.”