At least 10 persons have died and the Vice President injured after a bomb attack on Wednesday. 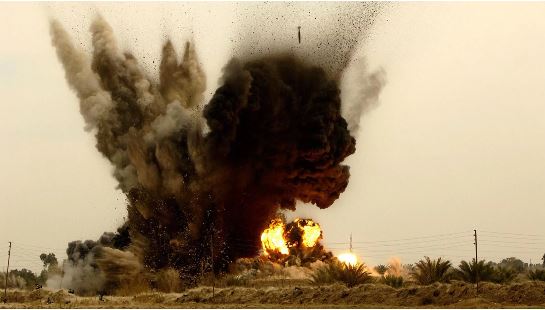 Bomb attack in Kabul
A roadside bomb has injured first Afghanistan’s Vice President, Amrullah Saleh, on Wednesday.
The tragic incident happened in Kabul, with at least 10 persons killed.
Saleh, 49, escaped with minor injuries.
15 persons were wounded including the VP’s bodyguards.
Saleh, in a video, confirmed he sustained a minor burn on his face and an injury to his hand.
Standing next to a flag with a bandaged left hand, he said: “I am fine but some of my guards have been wounded. My son, who was in the car with me, and I are both fine. I have some burns on my face and hand. The blast was strong.”
The former intelligence chief, is the senior of President Ashraf Ghani’s two vice presidents.
Saleh has survived several assassination attempts, including one on his office in 2019.
At least, 20 people were killed in that incident.
Javid Faisal, National Security Council spokesman tweeted that the attacks “won’t weaken our resolve for a lasting and dignified peace in Afghanistan.”
European Union delegation in Afghanistan condemned the development.
“This is an attack on the Republic and desperate act by spoilers of peace efforts, who must be collectively confronted”, it tweeted.
The Taliban, through its spokesman, Zabihullah Mujahid, has denied involvement in the attack which occurred ahead of a meeting with the Afghan government.
The peace talks will be held in Qatar’s capital, Doha.
Videos: