A White US professor who lied to her colleagues and friends that she's black has lost her job. 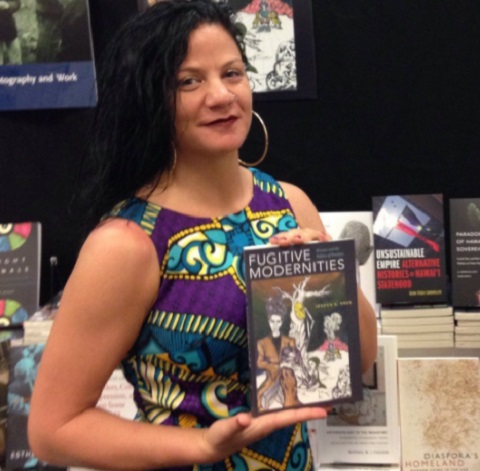 Jessica Krug
The George Washington University in the capital Washington on Wednesday confirmed the resignation of a white US university professor who lied for years about being black.
The university said she quit her job at the school following the damning revelation.
“Update regarding Jessica Krug: Dr Krug has resigned her position, effective immediately,” the university said on its Twitter account.
Krug — a history professor focusing on Africa — said she had been pretending to be black “for the better part” of her adult life. “I have eschewed my lived experience as a white Jewish child in suburban Kansas City under various assumed identities within a Blackness that I had no right to claim,” Krug wrote in a post on the platform Medium.
Krug, who is light-skinned, said she first claimed “North African Blackness, then US rooted Blackness, then Caribbean rooted Bronx Blackness.” One of her former students told CNN that Krug voiced pride in her Bronx roots, but told another student she was from Puerto Rico.
Krug said on Medium that her actions were the “very epitome of violence, of thievery and appropriation, of the myriad ways in which non-Black people continue to use and abuse Black identities and cultures.”
The professor called herself a cultural “leech.” The university launched an investigation in the situation last week, and said Krug would not be teaching this semester.
“We want to acknowledge the pain this situation has caused for many in our community,” it said. ON Wednesday, it announced she had resigned.
“Her classes for this semester will be taught by other faculty members, and students in those courses will receive additional information this week,” it said on Twitter.
Krug’s situation brought to mind the case of controversial US activist Rachel Dolezal, who made headlines in 2015 after saying she identified as black, even though both of her parents are white.
“I’m more black than I am white,” Dolezal said at the time.
Cultural appropriation has become more and more taboo in the United States, notably in progressive and university communities. Pop diva Adele recently found herself in hot water after posting a photo of herself on Instagram with her hair in Bantu knots, a traditional African hairstyle.
Top Stories