Ekwulonu said despite paying twice for the COVID-19 test, his name was not found on the list of people who were to be tested. 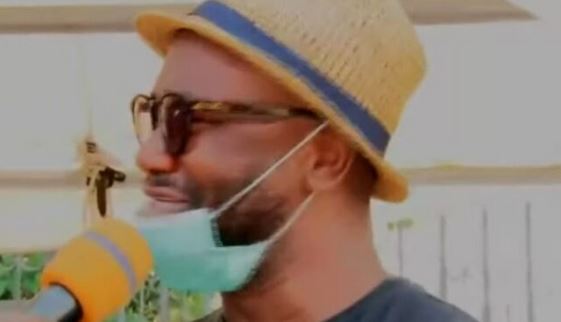 According to TheCable, Ndubuisi Ekwulonu, a Nigerian who came into the country from Sweden, says he was extorted in Abuja, as he paid twice for the mandatory COVID-19 test for passengers on international flights.

It is compulsory for all passengers coming into the country to provide negative COVID-19 test results prior to boarding; passengers are also expected to pay for a repeat test, which will be done after arrival.

Speaking with Brekete Family, a reality programme focused on human rights, in a viral video, Ekwulonu said despite paying twice for the COVID-19 test, his name was not found on the list of people who were to be tested.

“At the airport, there is a form the federal government said we would fill online before we leave where we are coming from. So after I filled the form, there are two options; either I pay with card or on arrival. Because of the bad network in Nigeria, I chose the option of paying on arrival,” he said.

“So, on getting to Nnamdi Azikiwe Airport in Abuja, I used my ATM card and I showed them a picture that I have filled the form and they saw the ‘capture’. They requested my passport number which I gave them and they filled it in on their computer and brought out their POS. I paid and was debited N42,750.

He said on getting there, the people at the lab said they were unaware of what he was asking for and told him to leave.

“So, I came out, met a gateman to direct me to the place. He said I should go to THISDAY Dome. I went there; they said I should go to ministry of health in secretariat. At the ministry, I was directed to MM, one conference centre. So, I took the taxi there and found the lab.

“I told the guy that they will ban me from the country if I don’t do the test and he said he will forward my information to Lagos which he did.”

Ekwulonu said he waited at the laboratory the whole day for a response from Lagos, but unfortunately, none came.

“I went home, came back. He checked the system and said my name is not on the list they gave him. Luckily for me, two people on the same flight with me came and couldn’t find their names. Even my friend from Sweden couldn’t find his name,” he said.

“Then they said I will have to pay another money if I want to do the test. I paid another N42,750 and did the test.

“This morning… I am supposed to leave Nigeria on Saturday, they sent me a message that I have to pay again for another test.”

Ndubuisi, who was in tears, lamented the difficulty in securing a job as a Nigerian in Sweden.  He said there are about 5,700 employees where he works, but 5,000 were sacked.

“And I was among those retained. It took me time to get this job because I am a Nigerian. Even a Rwandan will get a job before you and these are people you know, in every aspect of life, you are better than them. Just because you are carrying a Nigerian passport, to get a job will be hard, so how can I lose my job because I came into Nigeria?” he lamented as he burst into tears.