The suspects were arrested by the police after destroying the seal placed by NESREA officials. 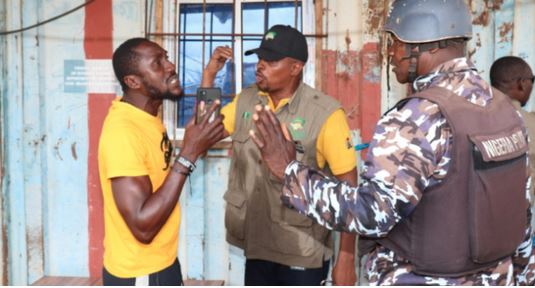 A Court has arraigned two staff of Hongao Mining Company Limited for removing a seal on the firm’s mining site in the federal capital territory (FCT).

Officials of the National Environmental Standards and Regulations Enforcement Agency sealed off the company last week after it found out that it violated Nigeria’s environmental laws and also polluted the water source in the community it is sited in.

The two workers identified as Moses Smart and Ezeilo Stanley were arrested by the police after destroying the seal placed by NESREA officials over the weekend.

They were subsequently arraigned before an upper area court in Mpape on Tuesday September 29, on charges of assault and obstruction of public servants in the discharge of their lawful duties.