The little boy really wanted to help make a difference in the lives of single mothers and their babies. 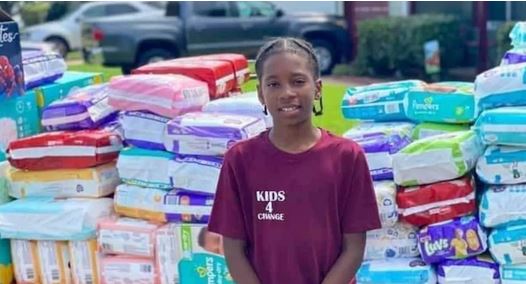 Cartier Carey, an eleven-year-old has become an internet sensation after the story of how he became a hero to single mums made the rounds on various social networks.

The little boy wanted to help make a difference in the lives of single mothers. This is when he came up with the decision to set up a lemonade stand.

Even more touching than the fact that this little kid worked long and hard to raise money is perhaps the fact that the money was meant to ease the burden on the shoulders of single mothers who often struggle to make ends meet.

He bought 22,000 baby diapers from the money he made from selling lemonade.

"11-year-old Cartier Carey has raised money this summer with his lemonade stand, enough to buy over 22 000 diapers to give away to single moms. This should go viral. Amazing kid!" wrote Naseema Mustapha in the Facebook post.

Facebook users and Stayers alike were truly touched by the actions of the little one. They shared tons of comments beneath the post, mostly commending the boy for being so young and making a difference in the lives of others.