Woman Leaves Her Husband, Marries The DJ Who Played At Their Wedding
Recent Stories

Between Wizkid And The 'Old Man'


In other countries, a lot meaner words than ‘old man’ (and that is if you think the term is wrong for a 77-year-old leader) have been used by citizens to voice their concerns about their leaders without any reason to bring up the moral discussion. 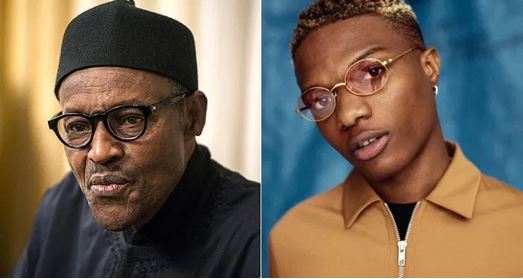 First, a caveat; we are Nigerians before anything else. Thank you.

And as Nigerians living in a supposed democratic Nigeria, it is natural to air our feelings because we are in Nigeria. What’s more, our feelings and demands should be treated with strong actions and results on the part of the powers that be, not a lecture on moral decadence.

In the middle of the SARS turmoil, I find it quite interesting that someone’s ‘voiced’ concern will only be viewed from the eyeglass of ‘respecting your elders’. Of course, our culture demands that we give ultimate respect to those above us on the age ladder, and that would have worked a treat if the scenario was different from what it actually was.

The scenario is a cry to humanity to double-check the activities of those charged to maintain law and order. The scenario is not a village meeting where moral uprightness comes before anything else.

Although he is a public figure, Wizkid remains a Nigerian citizen like everyone else. In the system of governance, only three tiers and the people operating there are separated from the masses; Legislature, Executive and Judiciary. If you are not a part of that then you have every right to question the activities of the people in those categories.

In other countries, a lot meaner words than ‘old man’ (and that is if you think the term is wrong for a 77-year-old leader) have been used by citizens to voice their concerns about their leaders without any reason to bring up the moral discussion. Where lives are being wrongfully wasted by authorities on the daily, hypocrisy still stands out as a focal point.

Of course, we should always remember our moral upbringing as it is a part of our identity. And we should certainly remember that there may not be any need to mix up morals and good governance, because both do not go together.

BBNaija Housemate, Vee Opens Up On Her Relationship With Venita Akpofure (Video)