At least fourteen farmers in Borno state have been slaughtered by Boko Haram terrorists. 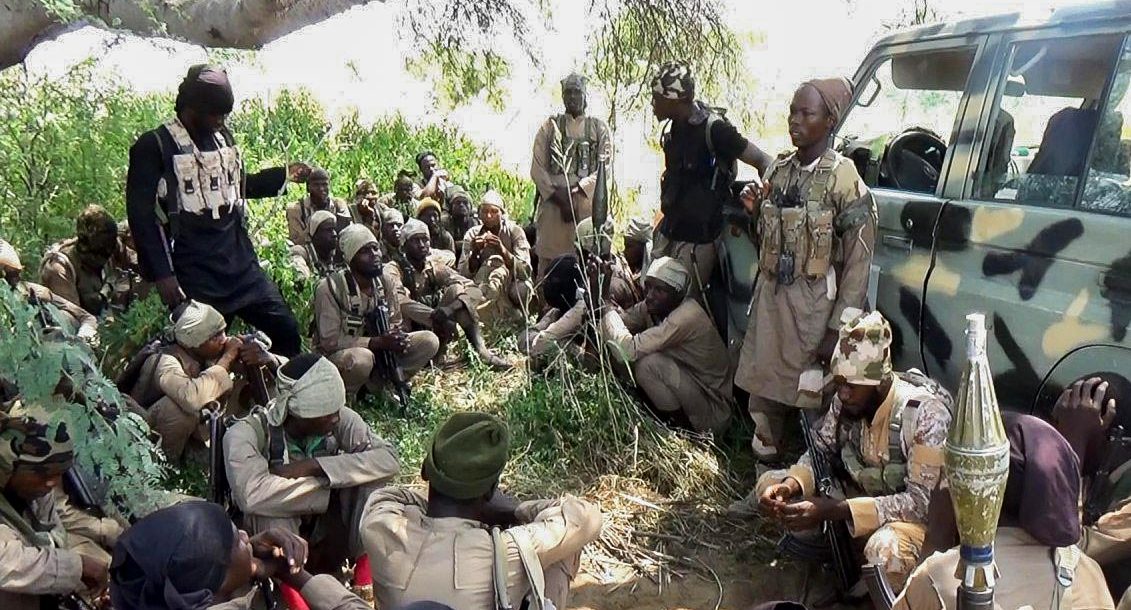 Boko Haram terrorists
Deadly members of Boko Haram terrorist group have invaded a village in Ngwom area of Borno state and slaughtered 14 farmers on Monday.
According to a report by AFP, the insurgents on Monday seized 15 farmers working on their irrigation fields in Ngwom village, 14 kilometers (nine miles) north of the region’s main city Maiduguri, and cut their throats.
“They slaughtered the farmers, killing 14 while one survived with a deep slash. They left him for dead,” Babakura Kilo, a leader of the anti-jihadist group, said.
The insurgents captured the farmers as they tended to their crops during the early afternoon, giving them no room to escape, said another member Ibrahim Liman who gave the same death toll.
The survivor was taken to a hospital in a “life-threatening condition,” Liman said.
Boko Haram and rival group Islamic State West Africa Province (ISWAP) have increasingly targeted loggers, herders and fishermen in their violent campaign, accusing them of spying and passing information to the military and the local militia fighting them.
At least 36,000 people have been killed in the jihadist conflict which displaced around two million from their homes since 2009.
The violence spread into neighbouring Niger, Chad and Cameroon, prompting a regional military coalition to fight the militants.
Top Stories