A Nigerian musician has made it clear that the proposal to increase police salaries will not help eliminate corruption in the police. 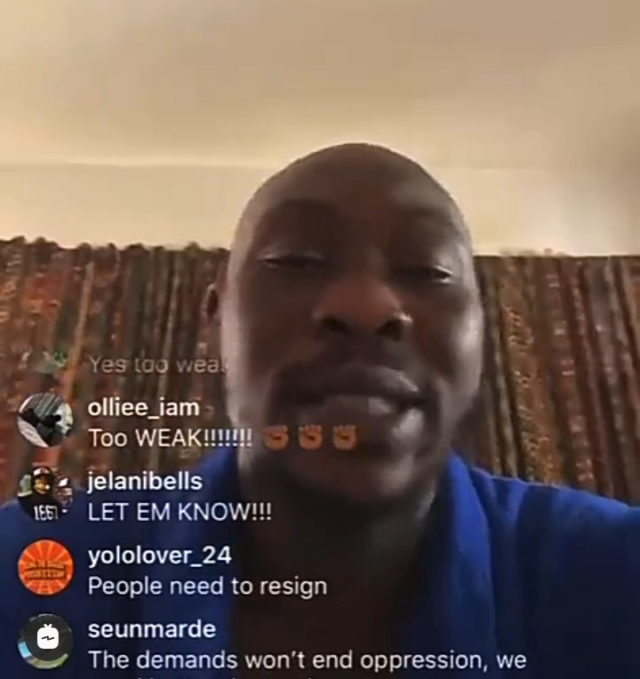 Seun Kuti
Nigerians have been told that increasing salaries of police officers will not stop the corruption in the force.
This was made public by Seun Kuti, one of the sons of Fela Anikulapo-Kuti.
He stated that the demands made by Nigerian youths in the #5for5 list of demands is “too weak” which is why he’s reluctant to get involved in the current protest.
“It’s like we’re fighting for police to live a better life,” he said.
He further stated that police are adults and if they are not satisfied with their salary, they can protest or go on strike.
He added: “It is not the duty of Nigerians to fight for police to have better salary. If police don’t like their salary and welfare, let them strike and protest.”
He also said that an increase in salary is not the solution to police corruption.
“Increasing police salary will not stop police corruption,” he said.
He continued: “If money dey stop corruption, why our politicians still dey thief?”
He went on to say that it appears the average Nigerian is fighting for the issue that affects them, which is police brutality, because they want to freely drive their Benz without being harrassed. But they do not seem to care about the problems that affect poorer Nigerians.
He said that SARS is not our only problem, adding that NURTW boys collect money from market women, okada riders, and bus drivers everyday and no one is fighting for them. Seun said a call to end the harrassment these poor Nigerians face from these NURTW boys who extort money from them needs to be included in the list of demands, instead of advocating for an increase in police salary.
“Everybody is being extorted at every level in this country every day.”
He called the #5for5 “useless demands” and said no one can drag him to the current agitation because the demands are not serious enough.